At the end of my last reading challenge update I wrote “Pop back in a month or so for my next update”. That was in mid-March, almost nine months ago. Since then I’ve been so busy reading and keeping up with my other hobbies that I haven’t made the time to update you on what I’ve been reading. The great thing is that I have read several great books. The bad thing is that I can’t remember all of them just now.

Do you know that feeling when you have a good book and all you want to do is read and read and not stop? You miss out on sleep, neglect your loved ones and consider not showing up for work just so you can keep reading? Then once you come to the end you close the book and feel ever so slightly like someone had just broken up with you because it is the end of your journey together? There have been those kind of books over the past few months.

There have also been the books that were a struggle to get into (I’m looking at you Mike McCormac and Sara Baume), the kind of book that were it a person people would say ” Ah he seems odd but once you get to know him he’s fascinating”.

Here, in no particular order or ranking are the books I remember reading. As soon as I press “publish” on this post, I know the names of a few more titles will come to mind but for now this lot will have to suffice.

You may have heard of this one for its unusual format. Written as one long sentence, this book took me almost a week of struggling with before I could really get into the story. Once I got used to the lack of full stops and abundance of commas – and after The Bavarian had sighed for the hundreth time and told me stop reading if I find it so annoying – I found I enjoyed the story. You need to concentrate so as not to lose track but the book is worth a read and deserves the praise, awards and nominations it has received.

Anything is Possible by Elizabeth Strout

In my last post I mentioned I am Lucy Barton. Anything is Possible is the sequel. I expected the book to be very different to how it actually was. In the first book we are given glimpses of Lucy’s family background and childhood without anything concrete being said. I had the feeling I was missing something and hoped that Anything is Possible would confirm or reject the suspicions I had about Lucy’s life. It did and it didn’t. The sequel concerns itself with people who know or know Lucy but focuses on events in their lives. There are tangents from Lucy’s life that touch on theirs but it is not until late in the book that wse find out anything more about Lucy. I enjoyed the book but as with the original book, it left me feeling I hadn’t fully understood what was being hinted at. 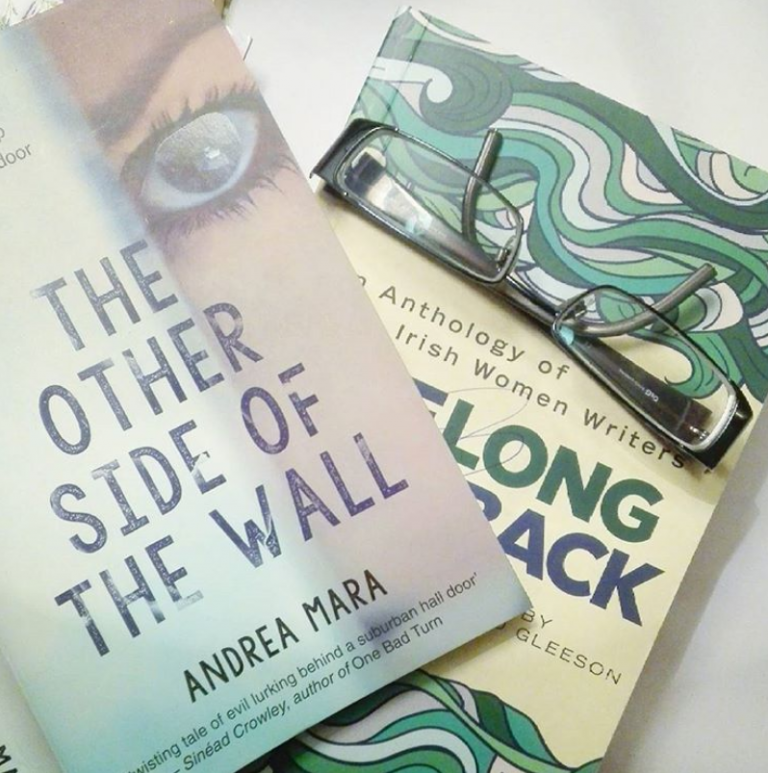 The Other Side of the Wall by Andrea Mara

Early in the summer I ventured outside of my comfort zone and bought myself a thriller. One of my blogger / jouralist friends, Andrea Mara, wrote this book and I bought it to support her but also to see if I can still read a thriller. It was never my go-to genre but, pre-children, now and again I’d read one. Since becoming a mother I have found I can’t take as much mystery as I uesed to be able for. Andrea’s debut novel is a real page turner though. I finished it in two or three nights, staying up well past my usual lights out time because I simply couldn’t put it down.  At the time I recommended the book over on Instagram and I stick by that. Even if I din’t know the writer, this is a book to read.

Staying with my mother during the summer, I picked up this book from her bookshelf and asked who is the author and which name is the book title. I couldn’t tell from the book cover. Horrified that I didn’t instantly recognise Kate O’Brien as the author, my mother told me to read the book. Since you have to do what your mother says, even when you are pushing forty, I took the book to bed with me that night and realised I had started reading it some years earlier. I stuck with it and after a day or so found myself engrossed. Kate O’Brien is an author I’ll be seeking out. The story in itself was not amazing but her writing is beautiful. I was sorry to finish the book and say goodbye to Mary Lavelle. For day afterwards I wondered what became of Mary and my heart ached for her and the decisions she had to make.

Another recommendation from my mother, this has been on my to-read list for years. Everything else I have read by Sebastian Faulks has been brilliant but Birdsong is one of the best books I have ever read.  The level of detail, the character development, everything about this book enthralled me. It makes me want to go to France and visit battle fields of the Forst World War. War novels are not something I would usually read but Birdsong concerns itself with the soldiers, their thoughts, the conditions they live in, the unimaginably terrible sights they face, the brutality and the brief moments of relief, joy and even pity for the enemy. This is a book you have to read.

Nicola Cassidy and I were at school in the same town at the same time with the same dream – writing a book – but we have never met. Nicola has made her dream come true. Her debut novel was published this Autumn and I bought it straight away. Being set in and around Drogheda, where my father comes from and where I went to secondary school, I was interested to read this book as soon as  I heard it was coming out. Nicola was inspired by two local true stories – an eviction and the theft of a baby – and had written a gripping tale of a young girl and the twists and turns her life takes from  the late 1800s to the 1920s.

A friend brought me this book last year. She’d just finished it. “It is tough going” she said, “emotionally”. As with Solar Bones, Sara Baume’s debut novel took time to get into but left me fascinated. Without much of a plot or supporting characters the book still managed to hold my attention and keep me reading. Having read this review of Sara Baume’s second book A Line Made by Walking, I am keen to give it a go too.

The Paris Wife by Paula McLain

On holiday in Holland recently I started reading The Paris Wife, a  fictional account of the life of Hadley Richardson, Ernest Hemingway’s first wife. The book very nearly reads like a biography and I had to remind myself several times that it was in fact a novel. While not a gripping page turner, The Paris Wife is a good read and I was sad to reach the end of their life together. It has made me want to read some of Ernest Hemingways books, so look out for those in future updates on what I’ve been reading.