A couple of months back we were approached by a furniture company called pib asking us if we’d like to review a piece from their collection. Having put a fair amount of work into our home over the past number of years, we are finally getting to a stage where it feels like things are coming together to a look we love and which suits how our family home runs. Normally the idea of choosing a piece of furniture to test out would have me rushing to say yes. Not this time though. I was afraid that I would end up with a nice item but which wouldn’t work especially well in any room. To cut a long story short, I need not have worried. I said yes and haven’t regretted it.

After several browses of their range of chairs and tables, as well as some deliberation as to which room could use a new seat or side table, we settled on the set of Edward Scandinavian Steps. Shipping was swift and our set of steps arrived unharmed and well packed.

With bright white legs and pale natural wood step and seat, the stool is an attractive and neat little addition to a room. Size-wise it is about the same dimensions as the one a lot of us have from a big-name scandinavian flat pack store. The pib version has no cut out on the seat, making it more comfortable, whether for sitting on or standing on in bare feet. Below the main seat is a fold-in step. 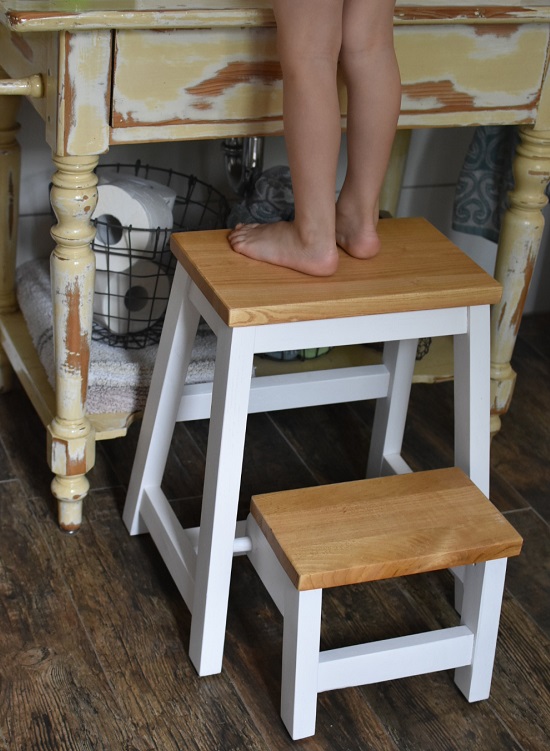 The Edward Steps come fully assembled, which is very handy. The fold-in bottom step is a great addition. Folded in, it makes the steps into a stool, useful as an extra seat at the kitchen table for guests. Folded out, the step makes the stool into a very practical set of steps. Being just 162cm tall, I often need a step to reach the higher cupboards in the kitchen. For most of the time since we received it, the set of steps have been in use in the bathroom. They are the perfect height for the youngest to reach the bathroom tap to wash his hands or brush his teeth. No only that but they are also ideal as a side table beside the bath for me to rest my cuppa and book on. 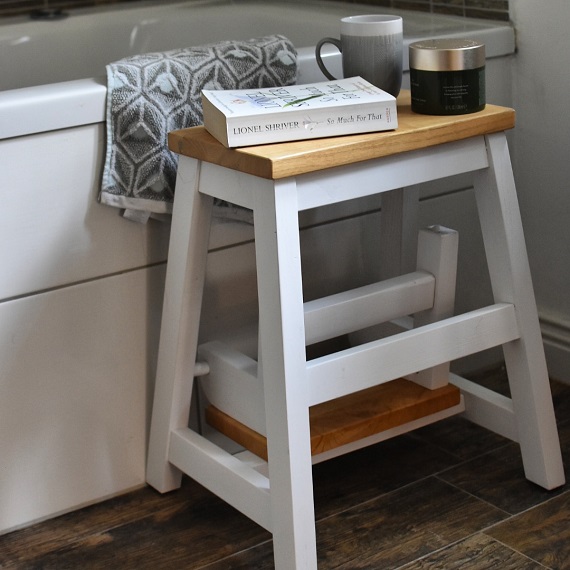 The only negative about the function of the steps is that the fold in step creaks on folding out. This is wearing off with time and a drop of oil would probably not do it any harm.

How We Feel About It

As I mentioned above, the creak is annoying, as creaks tend to be, but is wearing off. As for everything else about the Edward Steps, we have no complaints. Whether in the kitchen, hall or bathroom, whether as steps, as a seat or as a little table, it has met our needs. Looks-wise it suits the style of our house and on a practical note, it takes up very little room and is very versatile. All in all, a great all rounder.

[Disclaimer: We were sent this stool in exchange for an honest review. All photos, words and pictures are my own]