Tonight I finsihed Lonesome Dove by Larry McMurtry, only the second book I have ever read on the recommendation of my husband. Pride & Prejudice and Zombies was the first. Our taste in books differs wildly. Our bookshelves have his and hers sections with very little overlap.  The entire works of Ross O’Carroll Kelly have been read by both of us, but the only bit of real literature we have both read is Lonesome Dove. A western wouldn’t be my usual choice. Historical novels and sagas are and looking at Lonesome Dove from that perspective made it more attractive at the beginning. I was soon hooked on the story of cowboys, rangers, prostitutes, sheriffs and settlers. The descriptions of the hardships of life were fascinating and I stuck with it, even though it took me two months to get through the 843 pages. 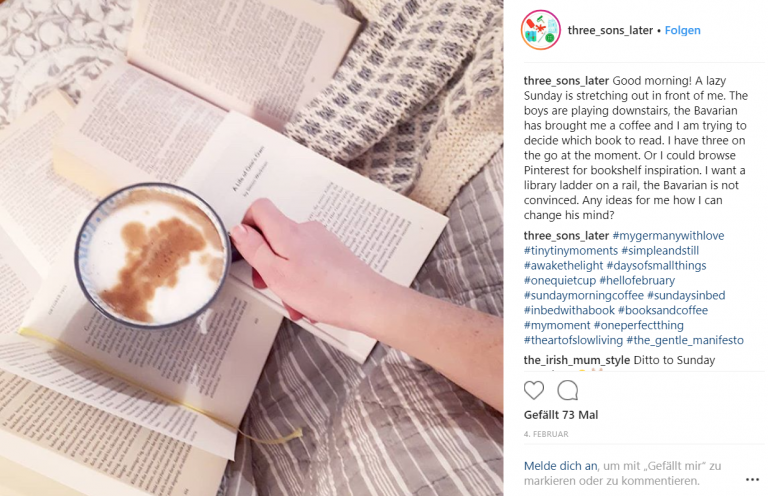 That said, I did take a couple of breaks dip into something a little lighter.  Reading One Click by Andrea Mara as soon as it was released was a must. Andrea is a fellow Irish parenting blogger and a great one at that. Her novel writing skills are so good that I have been drawn into reading thrillers, not something I usually do.  Her debut novel, released last year, was a gripping read. Her second, One Click, didn’t disappoint. It tells the story of a woman and the cyber stalking that begins once she posts a holiday photo online. Well worth picking up for your holidays or just to read on the bus.

I recently revisited High Fidelity by Nick Hornby. I hadn’t read anything by Nick Hornby for about six years and I had forgotten how good High Fidelity is. Back in the late 90s I borrowed it from my brother. This time round I found a copy of it in our local put and take book cabinet in the village and couldn’t resist taking it home and starting it straight away.  All the talk of mix tapes, phone calls from payphones and watching bands play in dodgy pubs had me feeling old and nostalgic, in a good way. 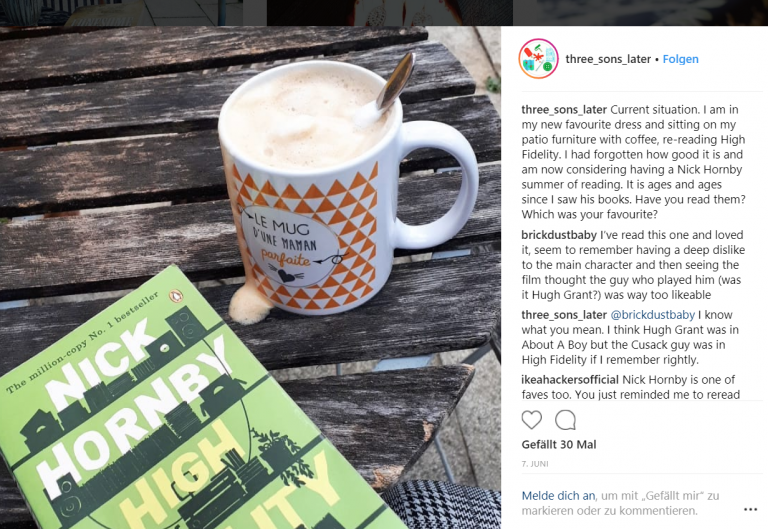 There is seldom a book I regret reading. ‘A Little Life’ by Hanya Yanagihara is one of those. I ordered it on a whim when someone I know mentioned on Facebook that she couldn’t put it down.  The book tells the story of four friends with a range of unusual backgrounds. As the book progresses the focus falls on Jude, a character with a tragic past that has affected every aspect of his life. The further I read, the darker the book’s subject matter and the more gruesome the imagery. It took me a long time to shake thoughts of the book from my mind. As a mother of young sons, it gave me the creeps. While well-written and intruiging, it was not a comfortable read and I just wanted to be finished it.

As a total contrast, the book I never wanted to finish because I enjoyed it so much was Eleanor Oliphant is Completely Fine by Gail Honeyman. Eleanor is funny and critical and odd and oblivious and damaged. As with Jude in A Little Life, Eleanor has a past she does’t like to think or talk about. During the course of the book she has to face her past and try to deal with it, not something she is comfortable with. He outlook on life changes several times and the writing in this debut novel pulls you along, making you feel everything Eleanor feels. It is hard to put down, hard to forget and easy to wholeheartedly recommend.

Other books I have read this year include Töchter einer Neuen Zeit and Zeiten des Aufbruchs, both by German author Carmen Korn. Part one and two of a trilogy, the books tell the story of four friends from 1919 onwards. Born in 1899, 1900 and 1901, the girls have come out the other side of the First World War and are starting into adulthood. The trilogy follows their lives from then on, through the turbulent times of 20th century Germany. The third part is being released soon and is on my list of books I want to read next.

‘I Found My Tribe?’ by Ruth Fitzmaurice and ‘Asking For It‘ by Lousie O’Neill I read earlier this year and I covered them briefly in this post. Both are by irish female authors and moving in their individual ways. 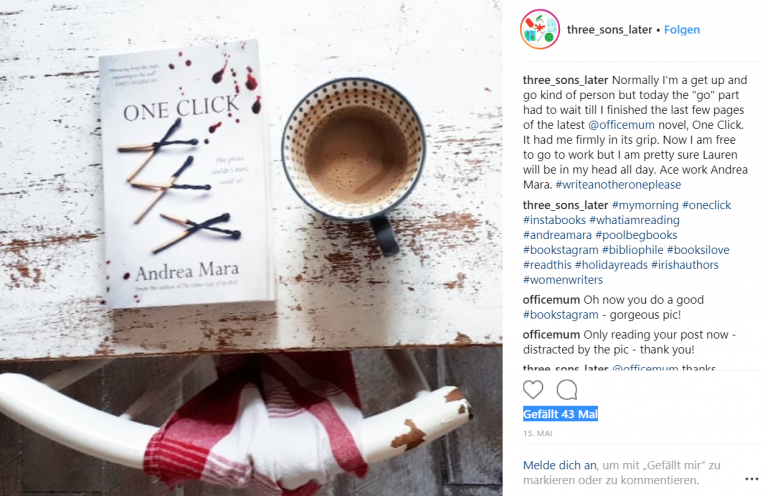 So what else is on the list? Well, Tin Man by Sarah Winman is one I have heard great things about and I plan to read it on holidays. I also plan to read a book about the Mitford sisters when I stay with my mother on our next trip home to Ireland. I rarely bring books home to Ireland because there is always a huge selection of great reads in my parents’ and siblings’ homes. I Know Why The Caged Bird Sings by Maya Angelou has long been on my list too. I will be ordering it and at least one of Annie Proulx’s novels tomorrow from my wonderful, local, independent bookshop here in our village.