December is rushing past or, more accurately, I am letting December pass me by in a blur of meetings, appointments and planning sessions, almost all of which are entirely unrelated to Christmas. Advent, as I have mentioned here on this blog often, is a time of year I love. The anticipation, preparation and the weekly celebration of another candle being lit on the Advent wreath fills me with joy and a grateful feeling. This year December – the whole of Autumn and the Winter so far, to be honest – has been a rush. I couldn’t sleep recently for fear that I would forget to buy a goose for Christmas dinner and that we would wake on the 25th and realise that Mammy didn’t get Christmas organised in time. Or at all. Not one bit.

It was a horrible feeling. I spent the following day overwhelmed and mentally frozen, unable to make a list or oder a single gift. At work I plodded on, trotting from meeting to conference call, sending reports, gathering data, trying to resolve the unending problems. At home I plodded along too, collecting the children from school, ferrying them to appointments of their own, practicing reading, signing forms, making dinner, folding laundry.

Then something snapped. Well, someone, really. Someone, overworked, under appreciated and tightly wound, answered the phone to me and my polite query. He snapped and roared and couldn’t be stopped, despite my attempts at calming him. I realised that if I didn’t pull the breaks on my own situation, I would snap too. I had an early night, took a day’s holiday, made a master list and got Christmas started. 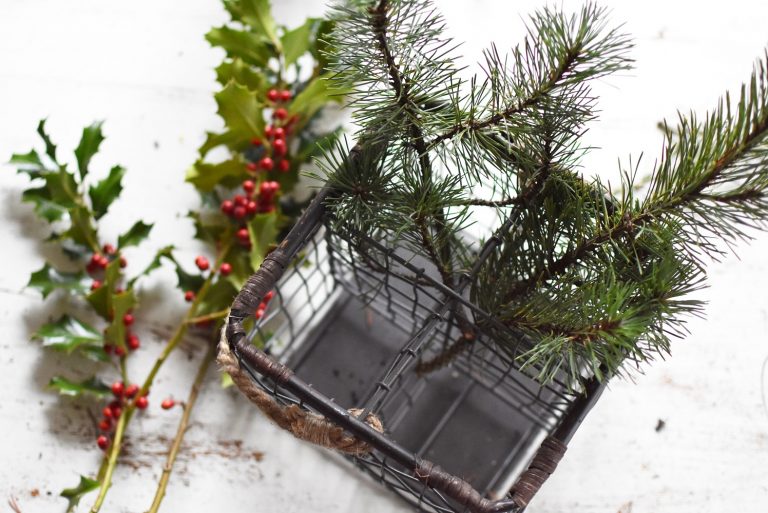 During that day – a rare, rare, day to myself without housework or appointments of any kind – I decided to be kinder to myself. Some things I didn’t manage were struck from the master list. Christmas doesn’t need to look perfect. It doesn’t even need to be perfect. It just has to be as happy and relaxed as it can be. New decorations, extra fairy lights and new Christmas pyjamas aren’t going to solve things. Talking a step back, thinking a little bit more of myself and separating the nice-to-have from the necessities is going a long way towards making our Christmas a happier, more relaxed one. 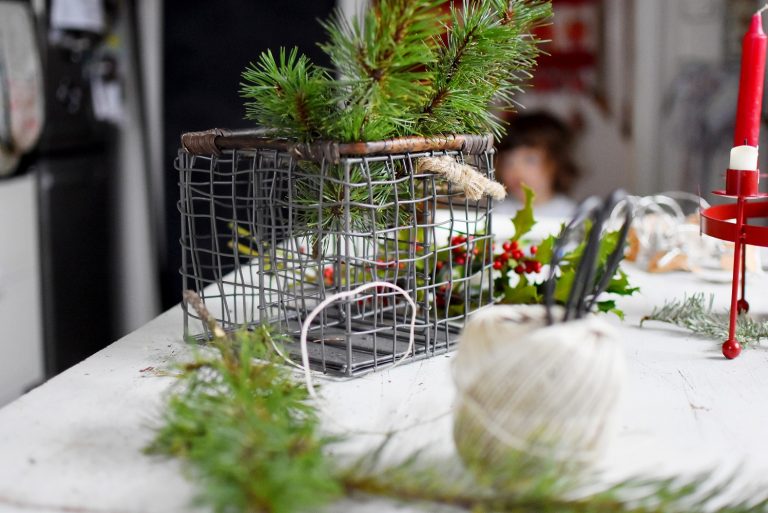 Since then we’ve even gone as far as deciding to spend Christmas with my family, meaning I can shake off the burden of planning a perfect Christmas dinner, choosing wines and doing several large grocery shops. While I love food, wine and cooking, if I have to do it under pressure, it takes all the joy out of it.

We’ve even decided to do without a tree. Several years ago we got a medium-sized fake tree for the boys bedroom. It’s up from the cellar and decorated the way the boys wanted. I never thought I would have Christmas without a real tree in the house, but I am coping. To take the bare look off the house, I’ve been to the garden for holly, pine and rosemary. Teamed up with a ball of twine and my trusty retro scissors, I’ve been arranging baskets of greenery, wreaths and other subtle, natural decorations for around the house. 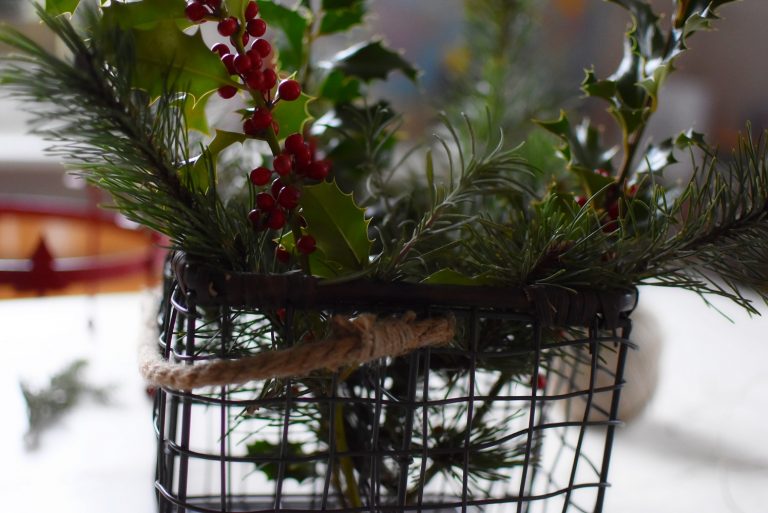 Fiddling with twine, trimming greenery, arranging and rearranging displays with candles lit and Christmas music in the background has been therapeutic for me. I’ve switched off from the bustle and rush of work. I’ve been able to concentrate on the matter at hand without my mind leaping from one to-do to another. 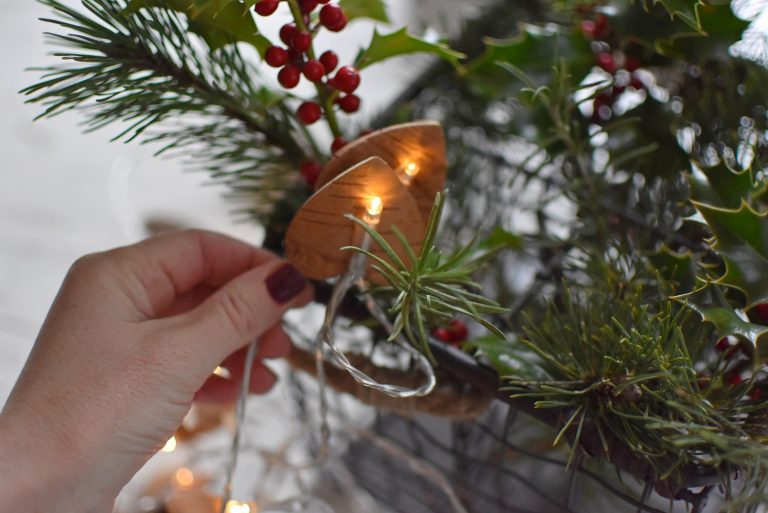 Seeing the end result of my pottering has given me a feeling of satisfaction that has been missing from the day job. I’ve seen that I am still creative and capable, even if the nine-to-five doesn’t make me feel it. I’ve smiled more that I had been doing lately. I haven’t felt the resentment of housework after a day in the office. I’ve felt the satisfied feeling of clearing up pine needles and fallen holly berries after an hour well spent. I’ve felt on track, in charge and ready to wrap presents. December is rushing past, you know. 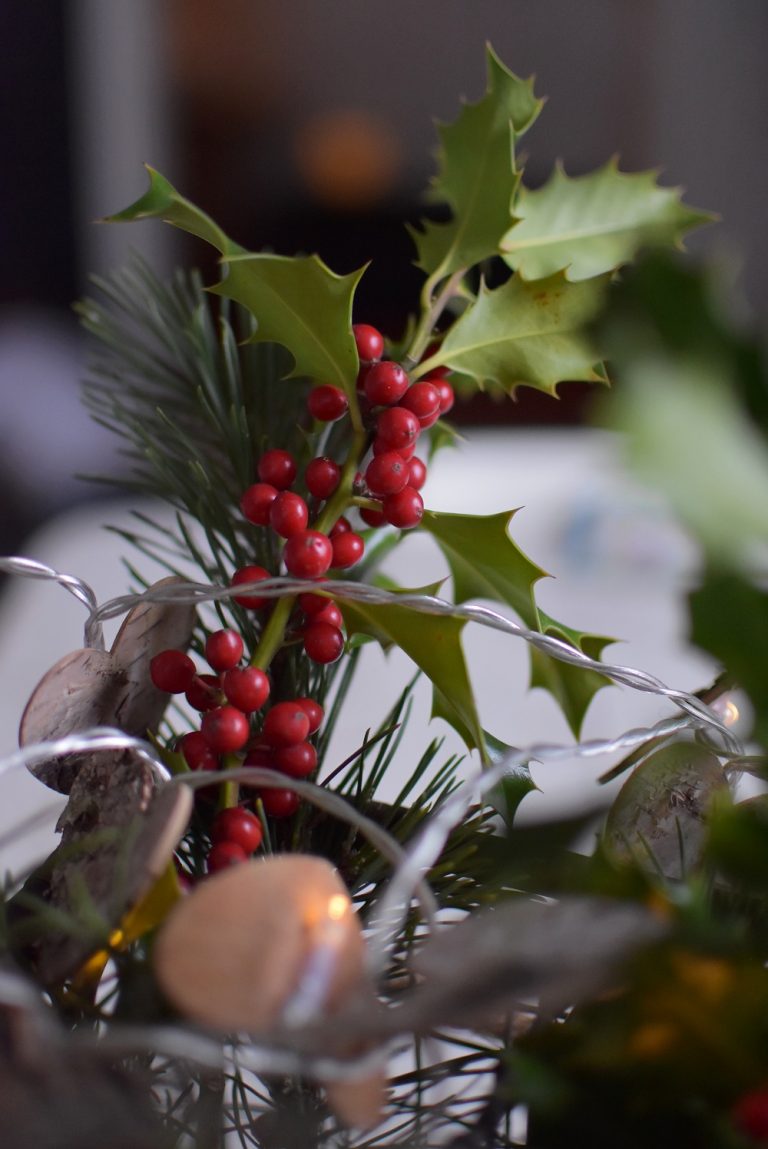 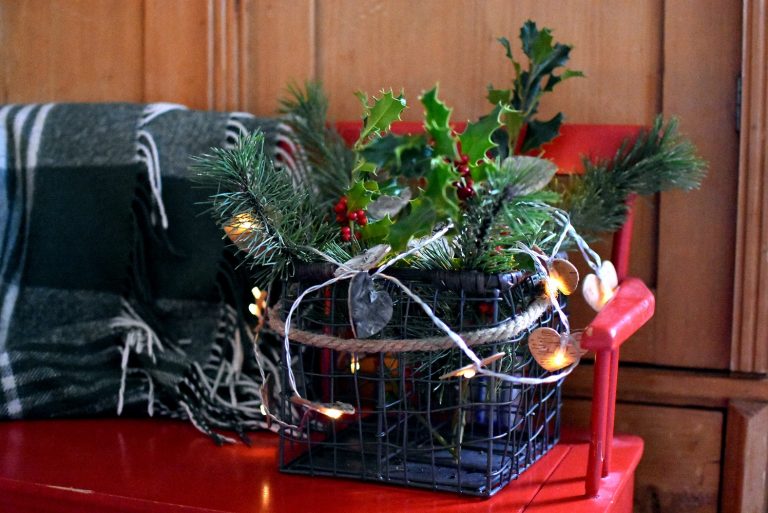 4 thoughts on “The December Rush”