A wedding, a garden party and two communions, that’s what we have been through over the last two months. That’s a lot of suit-wearing for little boys. Luckily they seem to love the novelty of being dressed up like their Papa – the white shirts, ties and dickie bows, pocket handkerchiefs  and waistcoats were a huge source of discussion. How to put them on properly, how to fold a collar, which pocket to put the handkerchief in. Who knew clothes could be such a source of wonder? Then again, an rud is annamh is iontach – what’s rare is wonderful.

What’s wonderful too is how the boys behaved at all these formal events these past few months. I’ve not had time to write about Number One’s communion. It was a beautiful sunny day, the ceremony was moving and the celebration at home in the garden was relaxed. It was particularly special to us that both sides of the family – the Germans and the Irish – could meet again. It doesn’t happy very often due to the distance. They boys were thrilled to have the attention of all four grandparents over the course of the day and they in turn were very proud of their three suit-clad grandsons.

Just three weeks later we found ourselves in Ireland ready for the most momentous of occasions, my sister’s wedding.  The weather didn’t play along as nicely as for the communion but for the most part the rain held off and we could enjoy a family wedding at home in the garden of the house we grew up in. Unlike a hotel wedding where we would have to keep the boys under control in a function room, this wedding was easier on us. The children knew where they could go and not go, where to find a loo, where to go for a lie down or just to sneak off and play Lego or watch a film for a while. 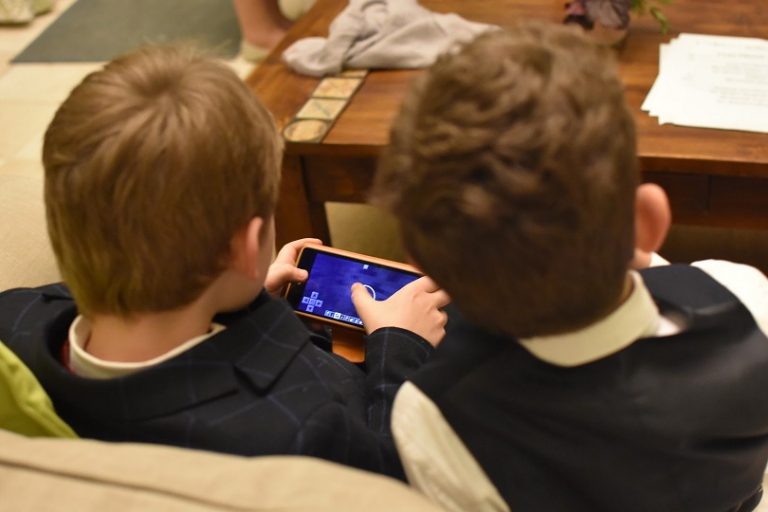 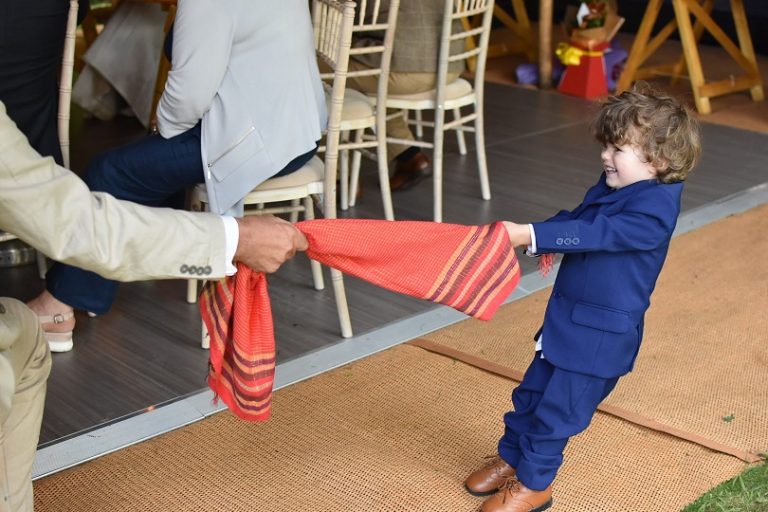 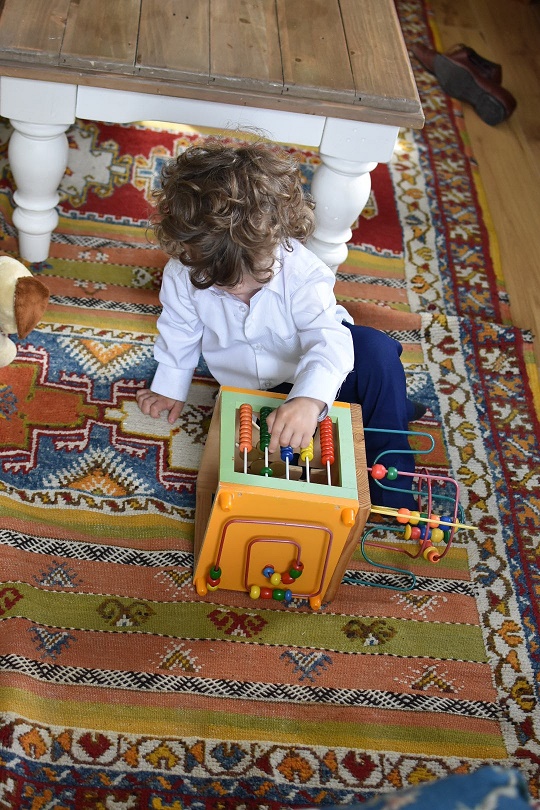 The following day the sun was splitting the stones as we met up at my dad’s house again for a garden party. With the garden looking stunning and the rented table and chairs still available, it would have been a shame not to make the most of the setting. Number Two got into the swing of things from the get go, donning a blue suit and borrowing his grandad’s hat to amke sure he looked the part. I’m still not sure where he has if from but he is turning into quite the little gentleman, all arm flourishes and “after you” ‘s.

Number Three, in his tweed-look waistcoat and shorts, was delighted to be allowed another chance to ramble around the garden, explore the pond and charm everyone with his big eyes and head of curls. There were threats to steal him away, take him home or eat him up as well as comparisons to porcelain dolls and child models. As a mother there are few things as pleasing as overhearing groups of middle aged ladies gasp at the beauty of your youngest child. 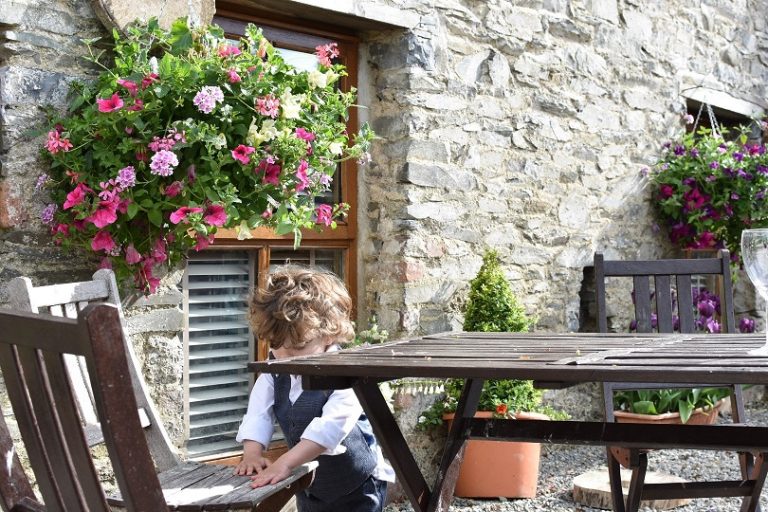 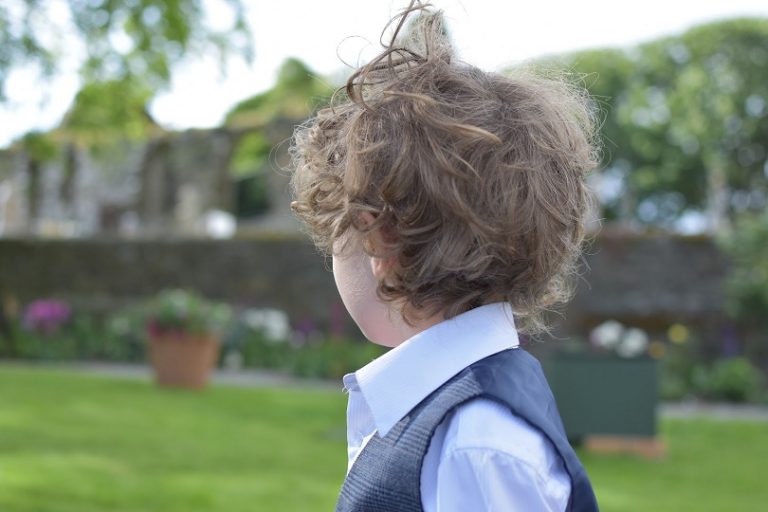 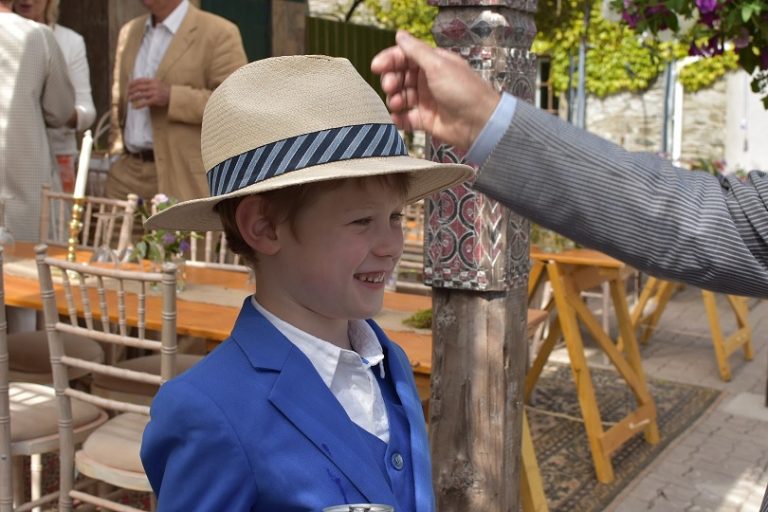 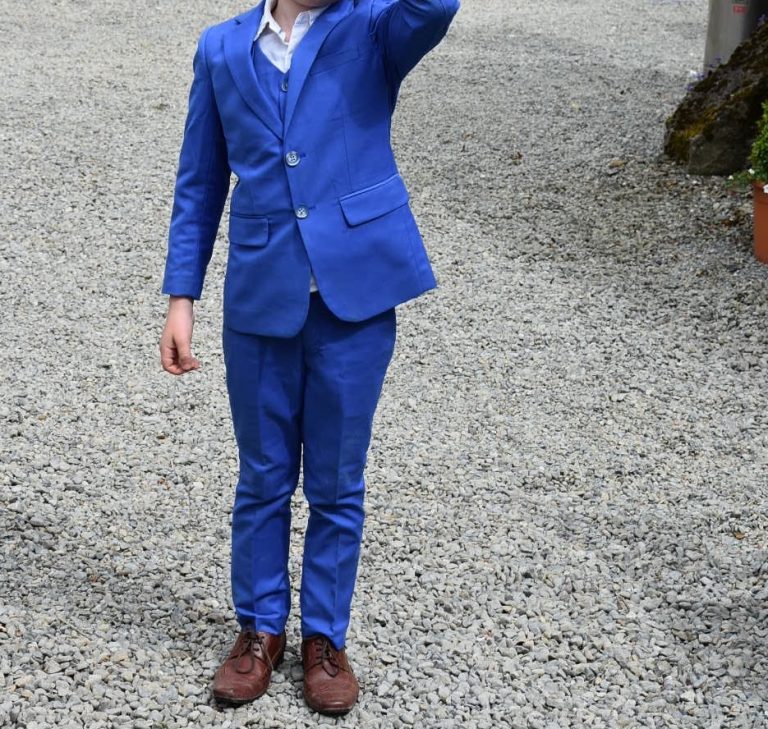 Our trip to Kerry to wander the hills and valleys gave us a nice little break from formal dress. The children were so busy looking for waterfalls, climbing rocks and having ice cream breaks, they didn’t care what they work. Nor did I, truth be told. Back on the east coast we threw on out glad rags once again for my niece’s communion. Another beautiful ceremony was followed by a family party back at her home. Sadly the weather was awful with rain pelting down for most of the day. It didn’t seem to bother the kids though. With all the cousins gathered under one roof again, they were full of fun and games. 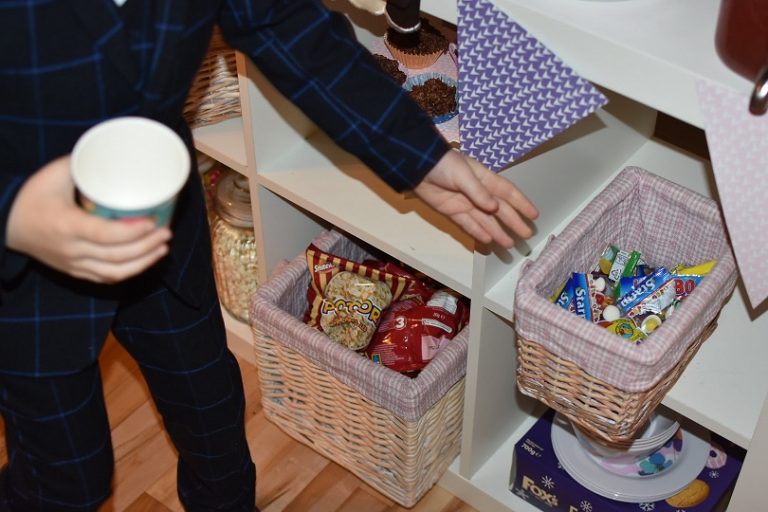 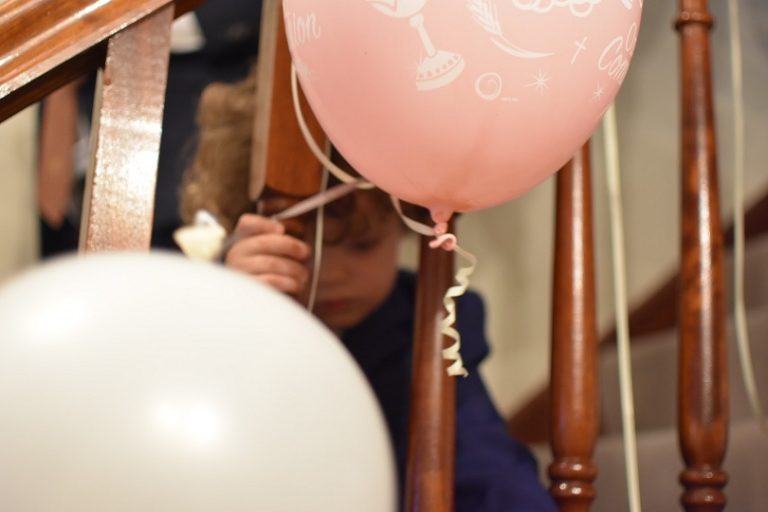 Leaving that evening to go back to the house and pack for our early morning flight the following morning was tough. As I wandered through the rooms gathering up blazers, shoes and discarded ties before saying goodbye to everyone, I realised more than ever that family is worth making time for, worth the expense of travelling over to see, worth ups and downs. What’s rare is wonderful.

[Disclaimer: This is a collaborative post with Roco Clothing but all photos, opinions and words are my own. We were sent suits and shoes for the boys for the formal occasions featured in this post. The suits featured here are the Sampson in blue, the Howard navy short suit, the Philip in navy, the Randall in navy and blue check and the Kingsman in blue.]