Clothes are not my thing really. I’ve never really been into, or understood, fashion and that, I think, played a part in me realising in my early twenties which cuts, styles and colours suit me. I like to wear clothes I look well in and if they don’t fit in with the current mainstream trend it doesn’t bother me. I really don’t mind wearing the same thing over and over again. There are items in my wardrobe I’ve had for over 20 years and they still, sometimes, get an airing.

When my sister mentioned Project 333 to me back in January my initial thought was “Have I even got 33 pieces of clothing?”. (Project 333 is a concept whereby for three monhths you wear a wardrobe of no more than 33 items including shoes, accessories and shoes). Soon afterwards, the topic came up again when Elizabeth and Sadhbh, both online pals of mine from the Irish Parenting Bloggers, a great community I am part of, were discussing taking on the challenge. It was only when I watched the Minimalism documentary on Netflix in April and heard the founder of Project 333 speak about it that I thought maybe it would be a good idea.

Shortly beforehand I’d been away for my sister’s hen weekend and had packed a capsule wardrobe. I loved the simplicity of it. For four days I could mix and match a set of clothes, jewellery and shoes and it all looked well together and on me. According to the founder, reducing the choice you have in what you wear makes life a lot easier.  Asa result of having less clothing in use, you have less to launder. Another plus for me was being able to get creative with how I combined colours and styles.  At the time, life was incredibly busy in our household and I decided to give Project 333 a go. Yes, it was one more for item for my to-do list, but it was one I hoped I’d benefit from, optically and mentally.

As I sorted my clothes I realised that I was going to have a bit of a tough time choosing. There were some definite items for the “no” pile and a few definites for the “yes” pile but I was still left with a huge heap of maybes. It struck me then to think about three key things. That brings us to the how of it all. 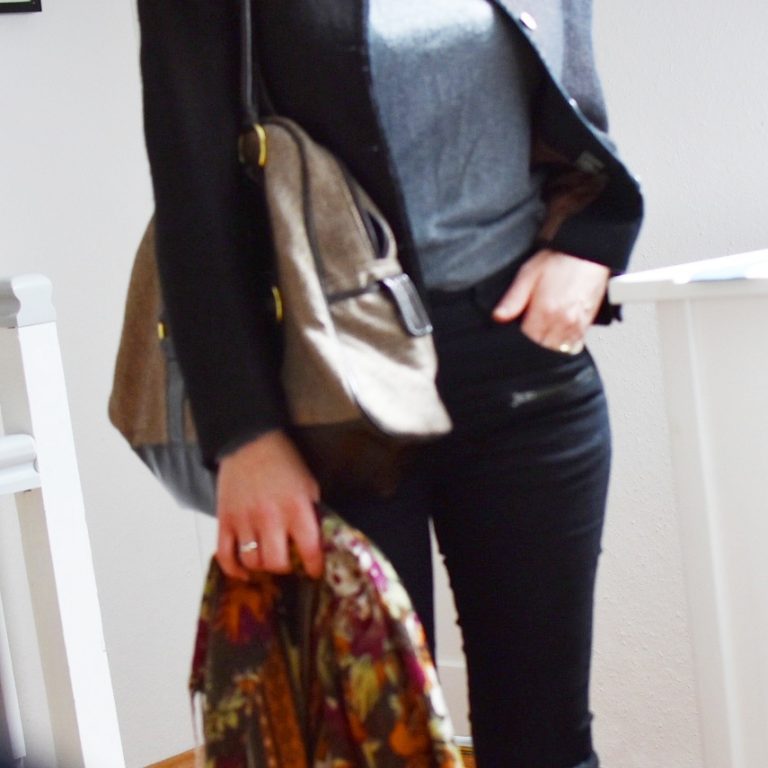 What Are You Dressing For?

When reducing your wardrobe to 33 items all in, you need to put a bit of though it. Not too much, mind, or you’ll fall into despair. With a little bit of thought about the occasions you are going to be dressing for over the next few months, you are better equipped to make your selection. For me, there was my son’s upcoming communion and my sister’s upcoming wedding to consider – formal wear would have to find a place in my selection. Then there was the holiday we had planned in Ireland with lots of outdoorsy stuff – so jeans, tees, sturdy shoes and a jacket would be needed. After that I had to consider the normal stuff like outfits for work – the regular office days, the customer meetings, maybe some site visits – and clothes to wear round the house and garden, on the school run or an evening out. Having decided to start Project 333 in mid-April, I was going to have to deal with changeable weather. April and May can be warm summer one day, winter the next. So I needed layer-able clothes too in case of cold snaps.

Making a small selection of clothes into a mix and match set means you have to look at colours. I decided to use a lot of navy and blues as well as white, grey and black. It sounds a bit boring, doesn’t it? To create a better look, I chose a range of fabrics and textures including a lace top, a chunky knit coatigan, tailed black capri pants, a pleated linen skirt, grey skinny jeans. I chose to use only one handbag – a red one – so I wanted colours that would work well with that.  The shoes I chose originally were nude heels, (high), brown ankle books, black heels  (medium) and flat navy suede boots. With the weather heating up, I’ve swapped out the boots for ballerinas and sandals.

Comfort Zone versus A New Look

The final issue I challenged myself with when making my selection of clothes was to deliberately make a few choices that would cause me to refresh my overall look. Several dresses which hadn’t seen much wear but which I really like landed on the “yes” pile. The same goes for the lace top. I had been considering giving it away because I hadn’t worn it on so long, but I decided to give it another chance. My boldest move was to ditch a pair of jeans from my selcetion when I stumbled upon the perfect pair of dungarees. They’ve been a brilliant addition to my wardrobe, something I never would have thought. I only tried them on on a shopping spree with my sister to prove to myself they wouldn’t suit me. What a surprise! Unfashionable as I am, I had noticed the dungaree trend but did not think it would work on my shape. 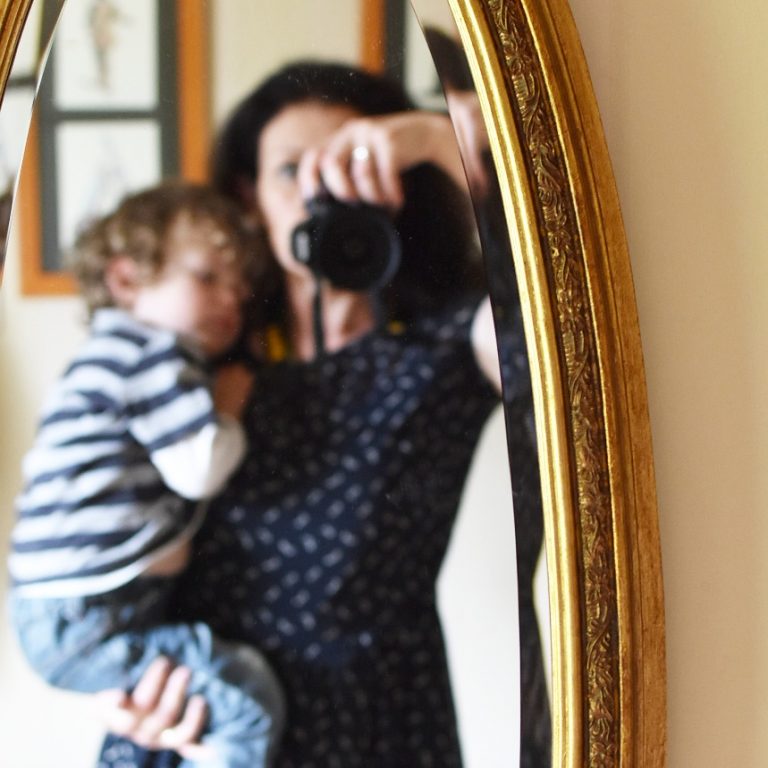 To cut a long story short, Project 33 is working for me. I’m at the stage now where due to the weather I am having to phase out some of the warmer items and swap in some shorts and more t-shirts for family life.  But I#ve only once in over six weeks found myself wondering what to wear and to be fair it was set to reach over 35°C that day.

Have you tried Project 333 or anything like it?  What#s your experience been? I’m interested to know the long term effects.