Last night I said to my husband I just haven’t the energy to blog lately. I want to, but by the time evening comes round and the children are in bed, I am jaded. Today I planned to grab an hour and write a post, maybe two. When it came down to it I couldn’t find the inspiration, so I steam-mopped the bathroom, hoovered the stairs and landing, filled the dishwasher and then realised it was, as The Bavarian says, f*ck this sh*t o’clock.  I downed tools, opened the laptop and began to type.

My inspiration came at last from the wonderful Sinead at Bumbles of Rice, one of the most common sense bloggers I know. Sinead often blogs about the meals that go down well in her house and has a series of posts called A Week In Dinners.  In her latest post she has been talking about old favourites and trying to introduce new meals into their family mealtimes.

It stuck me then that we have been introducing new foods in our house too lately, so I thought I would give you a run down on them. I used to blog solely about food on my initial blog, My Kitchen Notebook, which I started almost 10 years ago. These days I don’t have the time for two blogs and food blogging has fallen by the wayside for me. Feel free to pop over for a gander at what I used to write about. 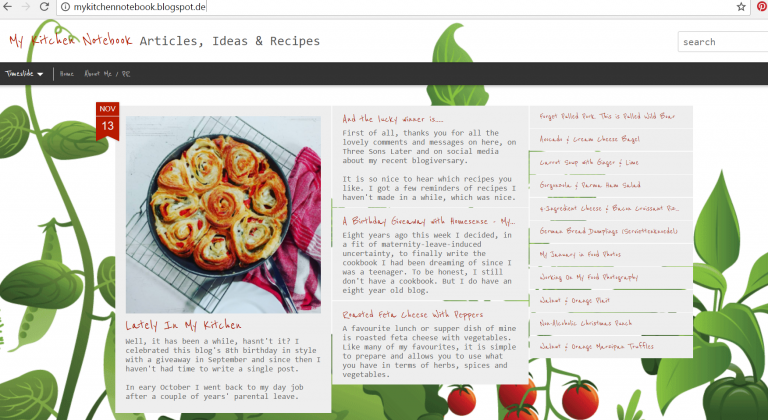 As I say, we have been a little bit more adventurous that usual in the kitchen this last while.  Looking back through my phone photos reminded me of that.

Easter saw us eat a lot more cake and chocolate than usual and my sweet tooth was getting used to that. Luckily Emily from TheNest.ie saved us from becoming complete sugar addicts by posting a recipe for balls of goodness last week. Skepticism is my usual reaction to healthy, sugar-free recipes. However, once I read the recipe I was convinced enough to give them a go. I reduced them to a four-ingredient recipe – dates, peanut butter, salt, chocolate – and they wert down a treat with four out of five of us. The second batch is in the freezer ready to be chocolate coated later today. 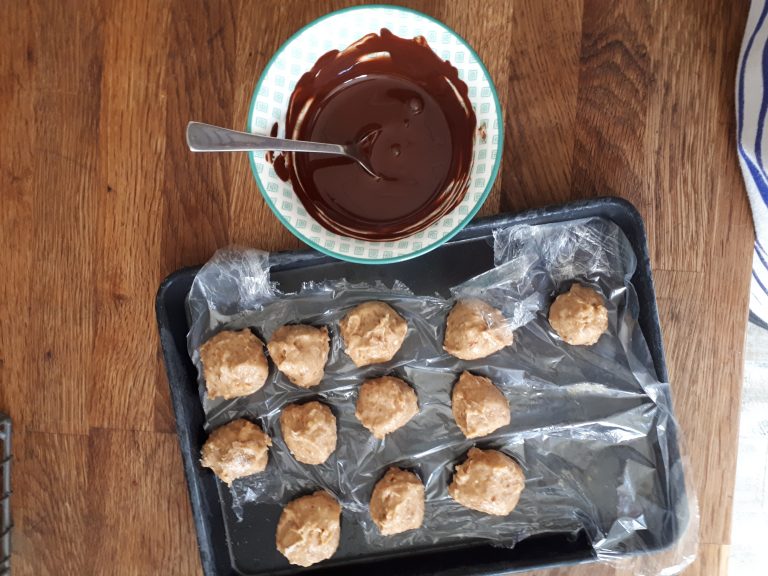 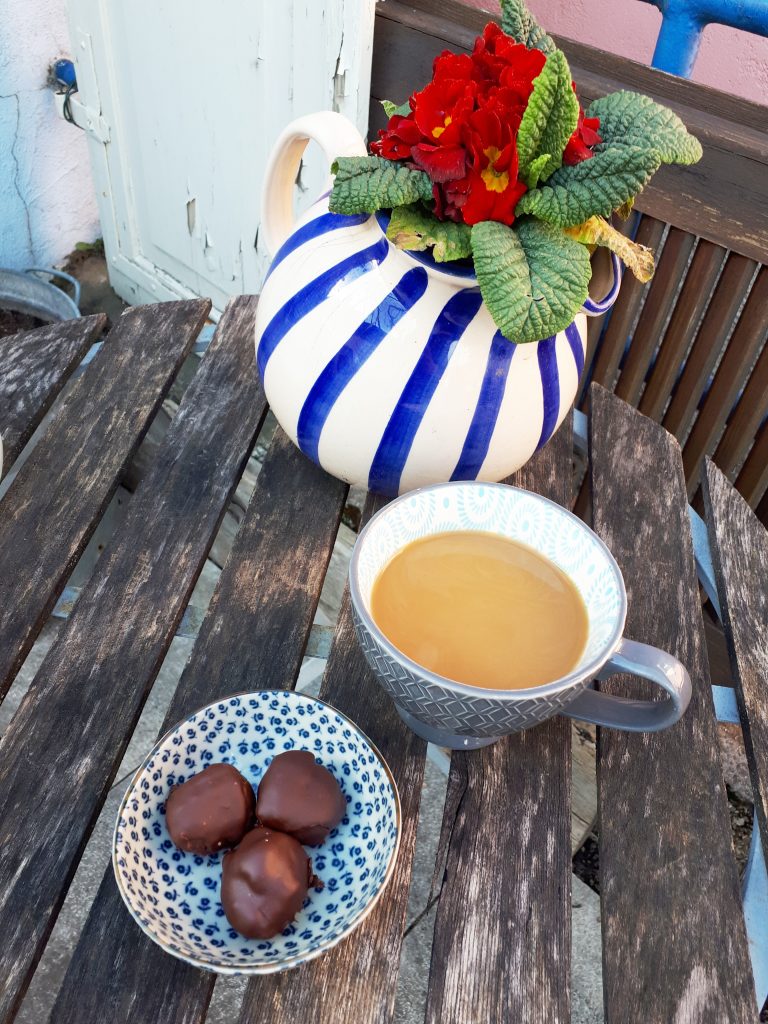 As far as savory food is concerned, we’ve been stepping outside our comfort zone there too. Better said, I have been pushing the rest of the family into my comfort zone. I love Middle Eastern food and used make it once or twice a year. This Spring I have upped that and have made several Middle Eastern style meals in the two months. 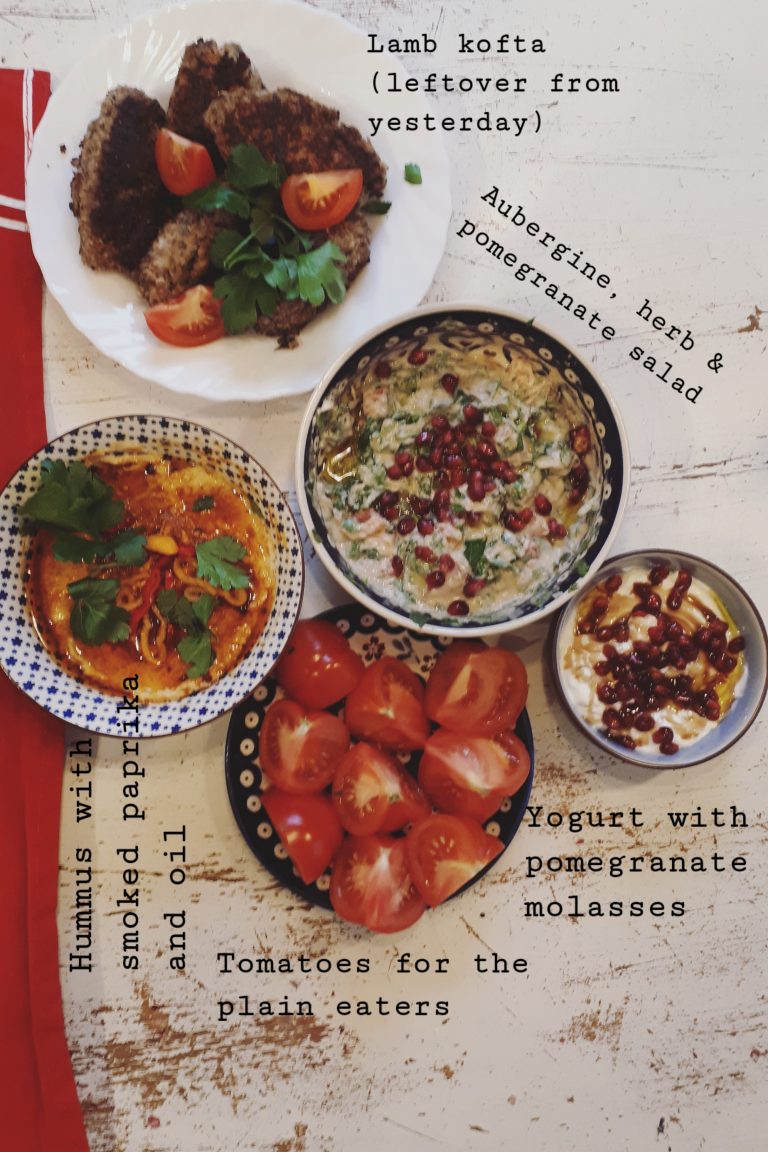 Here my two big influences have been the cookbooks of Yotam Ottolenghi and the range of food in our local Turkish supermarket. Depending on the day, I will either choose a recipe and shop for the ingredients or shop for what I like the look of then look for recipes I can include them in.

The youngest two are now total converts to pomegranate molasses and will eat it on pretty much anything. The Bavarian now eats chickpeas (a major breakthrough!) thanks to Helen from The Busy Mamas. I linked to her recipe for chickpea rolls in this post in February after I made them the first time.  We have made them three or four times since then. They are an excellent way to use up leftover hummus. I am the only hummus eater in the family so when I make a large batch, I put aside some now for using for chickpea rolls. I also found out that hummus freezes well. How did I not know that before?

The Bavarian has also been doing his bit to expand our culinary taste and skills too. We bought a new barbecue the week after Easter and it has become something of an obsessionwith him. He’s indulged us in venison kofta, lamb cutlets and whole roasted chickens so far. Today he’s smoking the trout we caught yesterday and making shaslik kebabs with marinated pork, bacon and onions.

Actually, with all the barbecue cooking he’ll be doing from now till the end of summer, I really should end up with a lot of time to blog, so stay tuned.

4 thoughts on “A Snapshot of What We Eat”