Peeping in our kitchen window this afternoon an observer would have witnessed something very rare, a picture book family at home in the afternoon. The mother peeling apples from the garden. A boy, the eldest, writing in this workbook. A toddler colouring in a dinosaur picture, quietly. A third boy, the middle child, at the opposite end of the table to his older brother, beating butter and sugar in a mixing bowl with a wooden spoon.

Through the double-glazed glass the observer wouldn’t have heard the chat going on, held as it was in a normal tone of voice. But he would have seen the pleasant glances of a mother content, the lit up eyes of a child allowed taste the cake mixture, the concentrated look of a boy focused on getting his homework done.  He wouldn’t have been able to smell the vegetable soup cooking away in the background or the plums stewing on the hob.

There’s a chance he might have understood from context that the mother’s occasional frown was aimed at the toddler, to keep his singing from distracting the schoolboy. He might even have understood that the little quarrel between the middle child and the littlest was not so much a row as a big brother taking control of a dangerous situation, namely a toddler who wants to crack the egg into the mixing bowl at the wrong moment.

The observer might have frowned himself at the children being allowed dip cooking apple slices into the sugar bowl and eat them. He might have recoiled in horror at toddler’s fingers sneaking their way in and out of the cake mixture, always freshly licked clean before going in again. He might have wondered why the mother didn’t insist on healthy snacks and hand-washing. He mightn’t have realised it was  an accidentally old-fashioned afternoon. 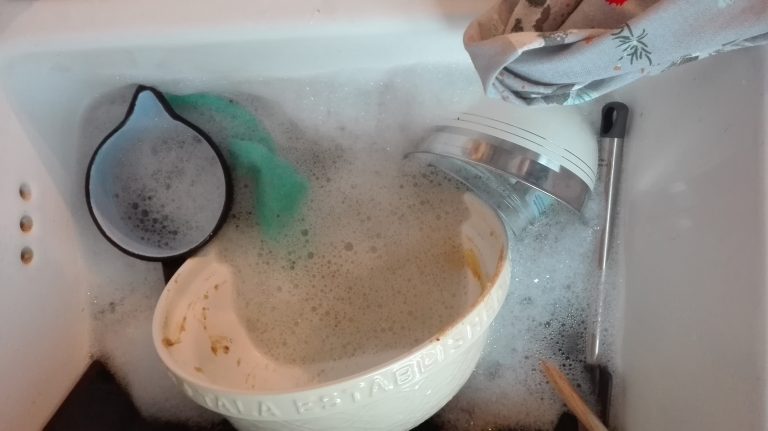 4 thoughts on “An Accidentally Old-Fashioned Afternoon”