A house that looks lived in is perfect, to my mind. I don’t feel welcome in overly clean homes, afraid just by being there I’ll deflate a perfectly plumped cushion or inadvertently drop a long, dark hair onto white tiles.   The same goes for gardens. In parks or the grounds of stately homes, I’m fine with everything being just so and not being allowed walk on the grass. In private gardens, there should be space to kick a ball,  lay a blanket on the ground or walk barefoot on the grass without fear or ruining the concept or beheading a prize-winning rose.

A few weeks back on Instagram I had posted some photos of our garden looking shabbily romantic. The climbing rose had rambled over a weathered garden chair and the look was perfect. Not neat, but pretty. With several bouts of sun and showers over the past week or two, the garden has gone into overdrive. The plants are growing at an extraordinary rate and within days the rambling, romantic cottage garden look had gone, replaced with a general air of neglect. Neat it was not, nor was it pretty. 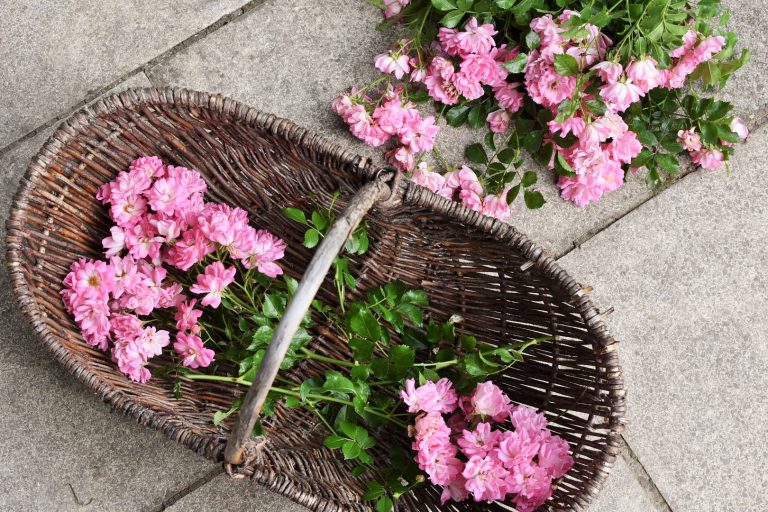 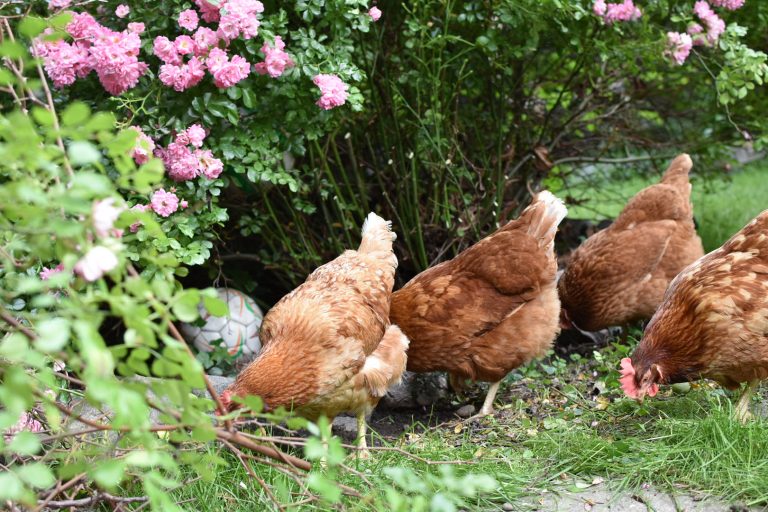 When you have to leave the garden path to walk around a mass of roses,you know that you’re not on top of the gardening. Mowing the lawn last weekend improved things a bit, as did cutting back the dog roses from the path. The effect only lasted a few days. By Thursday the garden needed more extreme measures and I’ve been trying to get on top of them the last few days. But the strimmer is out on loan to a neighbour and every time I think of mowing the lawn it seems to be lunchtime, Sunday or a bank holiday. These are times the Germans don’t like to be disturbed by lawnmovers, strimmers or shredders. So everything keeps getting put on the long finger. 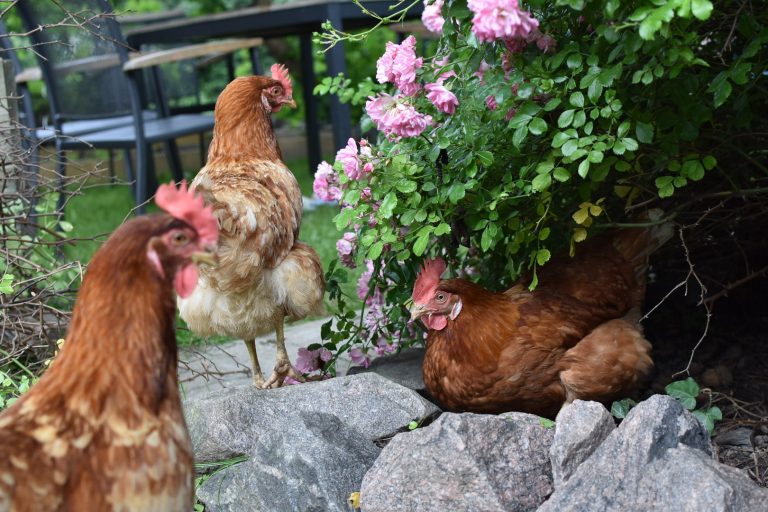 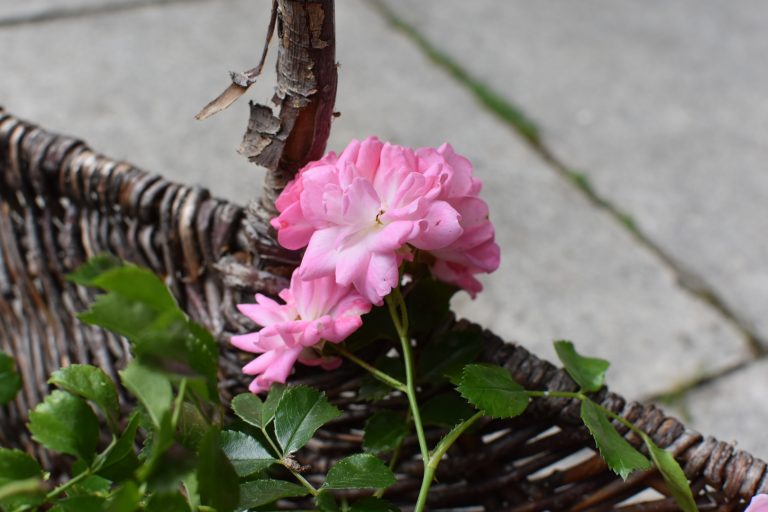 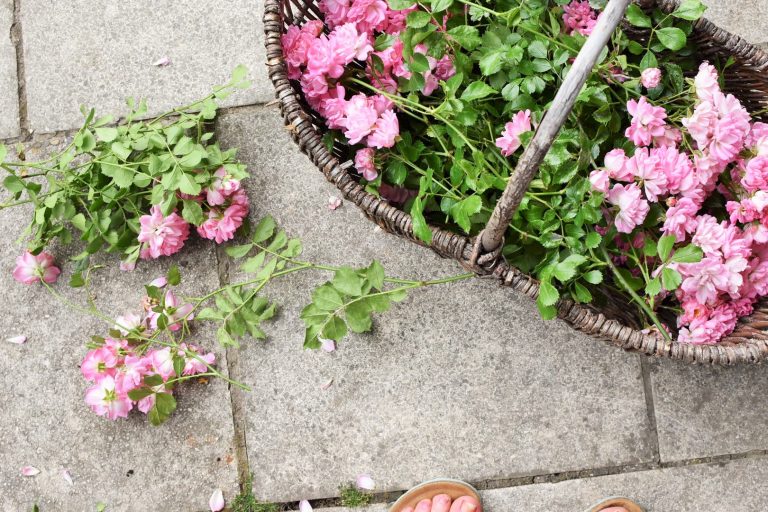 A secateurs doesn’t make a whole lot of noise though, so out it came. I attacked the dog roses with gusto. The more I cut them back, the more I discovered inside the bush. By the time I was finished, the curb stones were visible again and I’d uncovered two footballs and three tennis balls. More importantly, I discovered that I had spent a happy hour or so in the garden with just my thoughts. No phone, no camera, no disruptions of any kind.  Turning round to the pile of clippings, with the intention of snipping off the best blooms to bring into the house, I discovered Number Three spinning round the garden on his tricycle. Naked but for a pair of socks and an archery bow slung over his shoulder, it was clear that a little bit of uninterrupted toddler time, free from “don’t so that”, “not now” and “leave it alone!” had done him good too. He was engrossed in a world of his own. 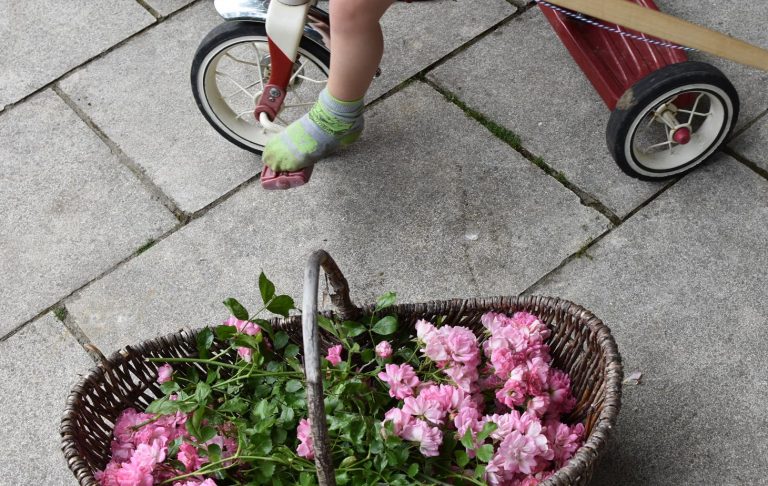 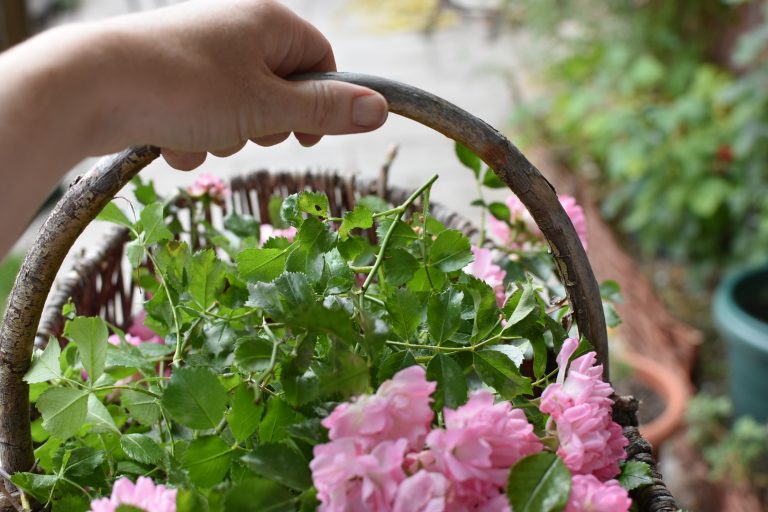 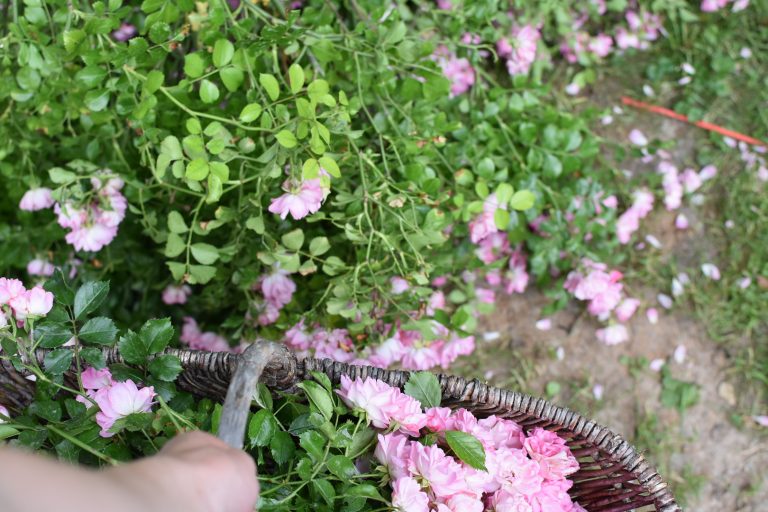 Behind me the chickens had discovered the newly exposed area of what should be lawn but isn’t because of the volume of dog roses that hid it. All four chickens scratched and pecked and even ventured in beneath the rosebush, lured in by last Autumns’ fallen walnuts and insects with nowhere left to hide. The serendipitous bit of pruning had left me with a basket of roses for the house and had given the chickens a whole new feeding ground.

In those few moments a wave of contentedness rushed over me. So too did the need for my camera. The early evening light, the colours of the roses and the happiness in Number Three and the chickens all cried out to be captured. “What are you doing?” The Bavarian asked, seeing me crouched between the rose bush and the pile of prunings, snapping happily. “Taking pictures” I replied. The garden may not look much better, but that moment was pretty neat. 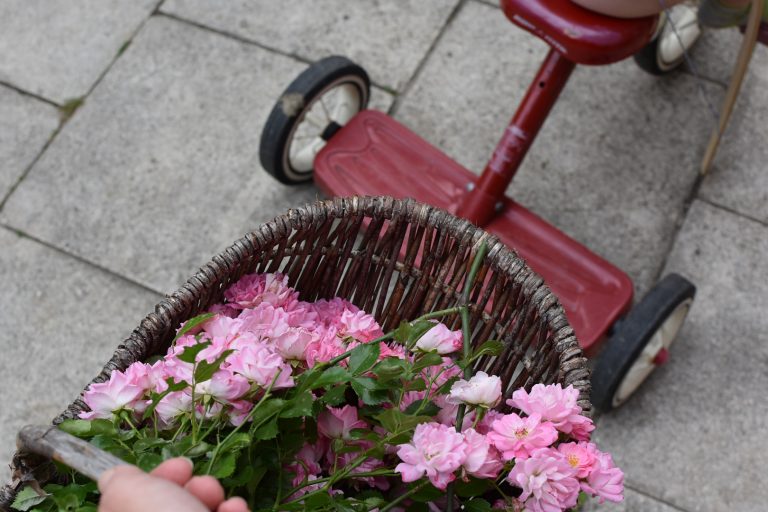 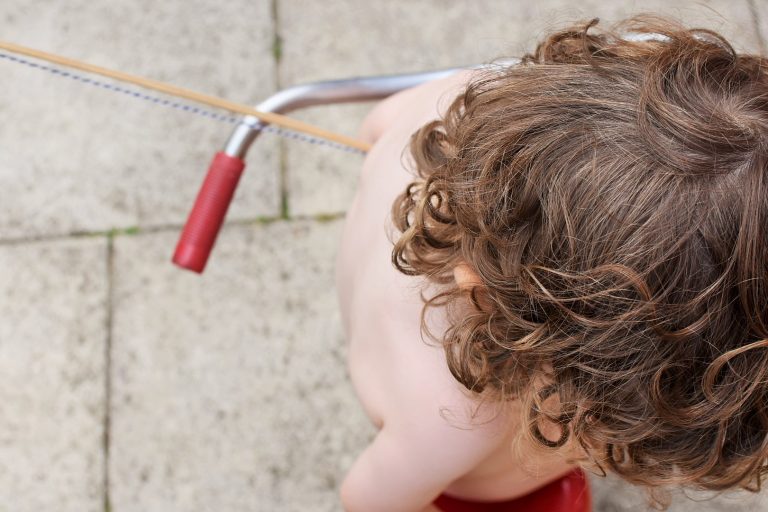