Skip to content
This week as a another busy one with lots of drop offs and pick ups and a baby that didn’t want to nap. That said, it was relatively stress-free and the weather was kind to me. The heat dropped from around thirty degrees to sixteen. We even got rain, which was really good for our parched garden.
Sunday
It was another scorcher of a day and terribly humid too, so The Bavarian and the boys headed to the pool for a few hours. Number Three and I went to pick up the Stokke high chair I’d bought online. I didn’t bother to tell the boys it was pink. As soon as we came home I gave it a fresh coat of blue paint and it turned out glossy and as good as new.

Our plans for the morning had to be changed suddenly when we couldn’t get out of the village. There was a seven-car pile-up on the local motorway and the traffic was backed up throughout the whole village. On the plus side, instead of going to Aldi we shopped at the local little supermarket, got everything we needed and still got Number 2 to Kindergarten on time.
Tuesday
I got a bit of blog catch up done and ended up joining linkies on time, something I am not very good at usually. I also spotted that my article in the Irish Times was at no. 8 of the ten most read articles in that week’s Life & Style section and had been shared over 1000 times on Facebook. That certainly brought a smile to my face! 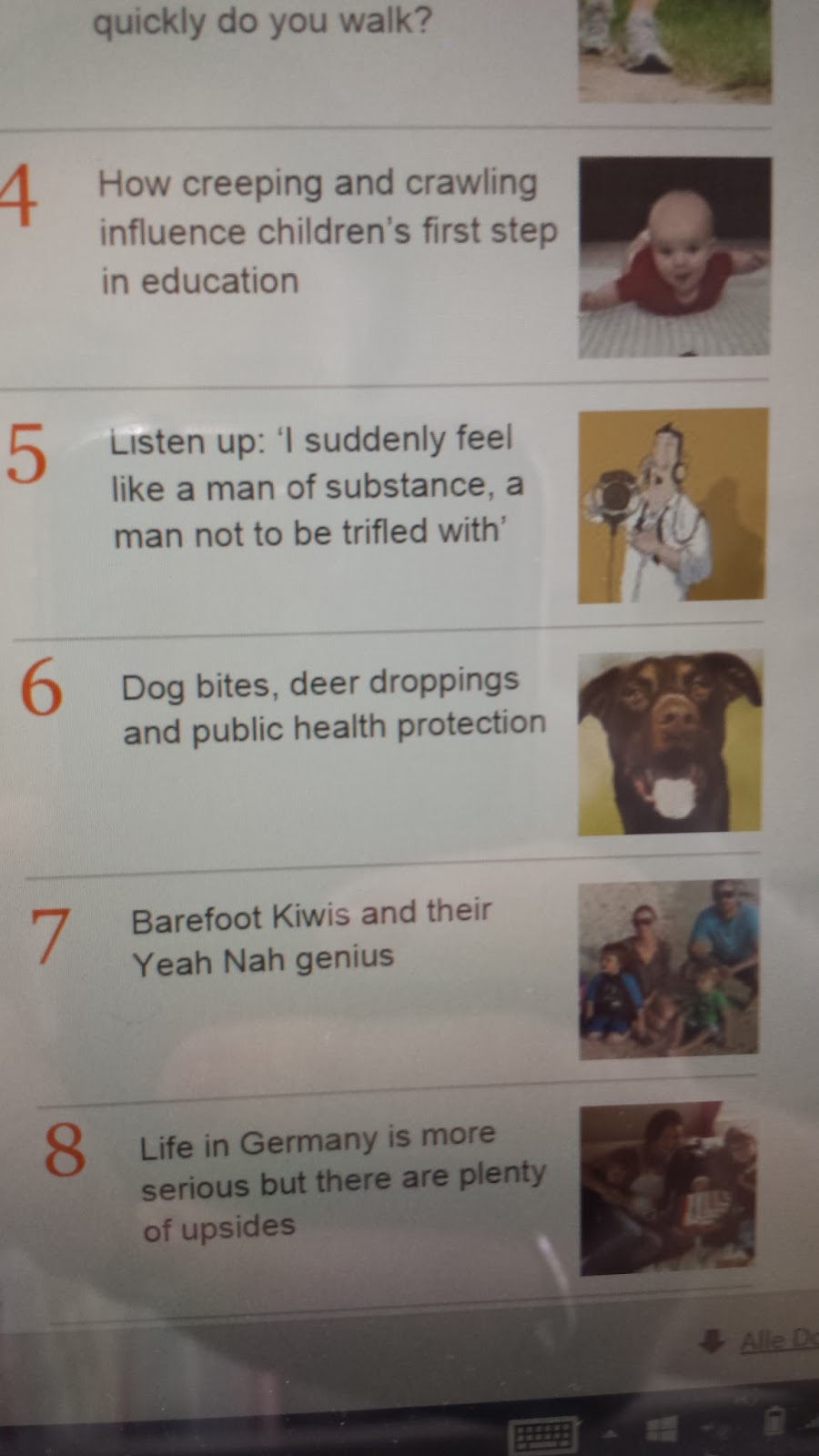 Wednesday
When I got up at 6.30am to make coffee the sunlight in the garden was stunning and I had to pop out and take a photo, barefoot and in my nightie. The photo doesn’t do it justice. The sun was still low in the sky and was beautiful as it bounced off the walnut tree and the top of the pink rosebush.
Later on I cleared out the fridge and whipped up a loaf of banana bread and a minestrone soup with all the bits and pieces of fruit, veg and open jars and tins that were in there. It was all delicious and the fridge looks the better for it. 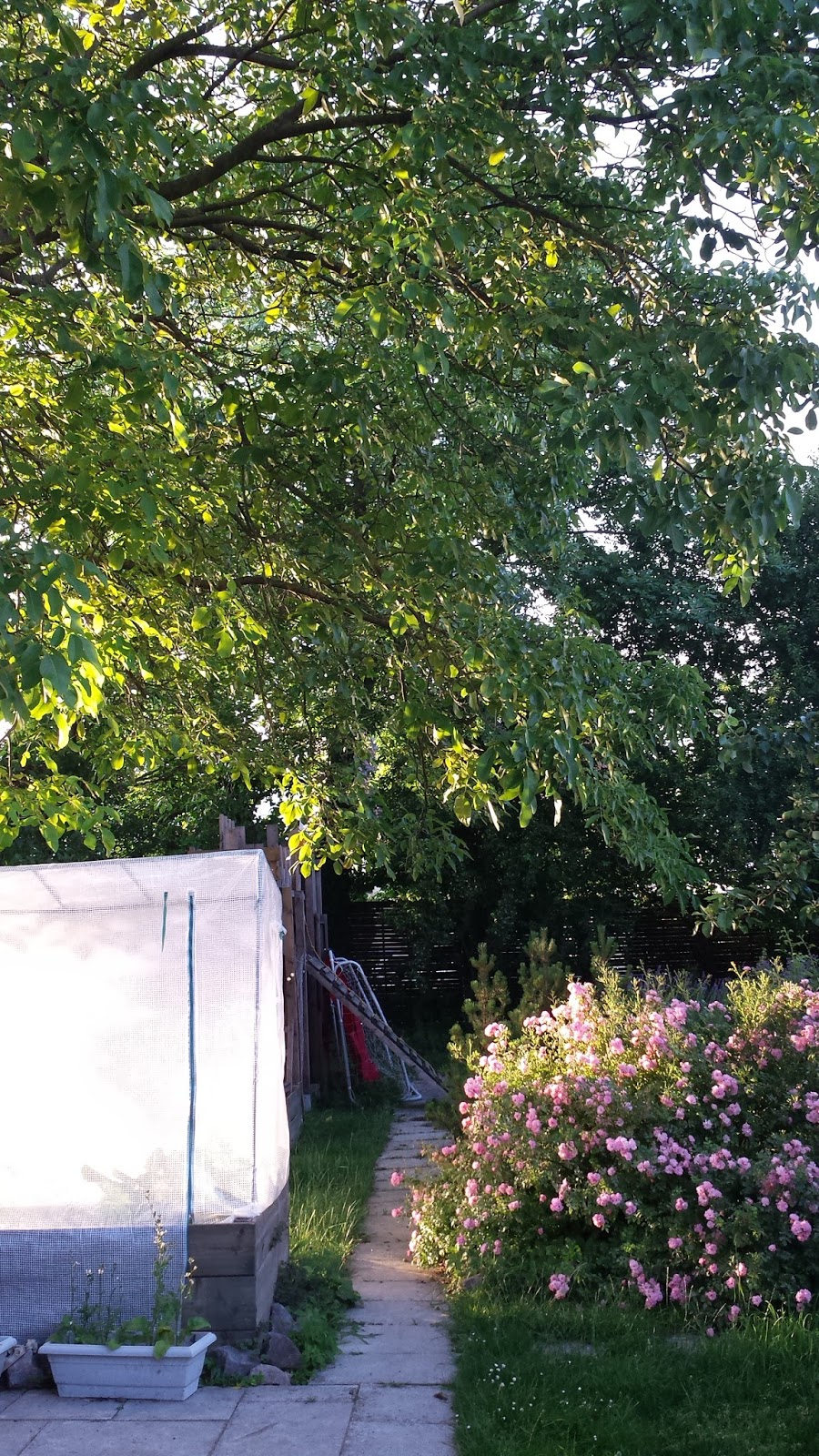 Thursday
It rained a lot, which brought out all the snails. Number 1 and I watched them for a good ten minutes in the garden. There was a very large one that was moving quickly, for a snail, and several tiny little ones too. We were able to get really close to them and they didn’t hide away in their shells. We were fascinated.
That evening Number One tried out a dessert recipe he had got from his teacher. He read it all himself and only needed help from me with whipping the cream. The rest he did himself. Then he popped on his wellies and raincoat and delivered dessert to three neighbouring families just before 7pm. 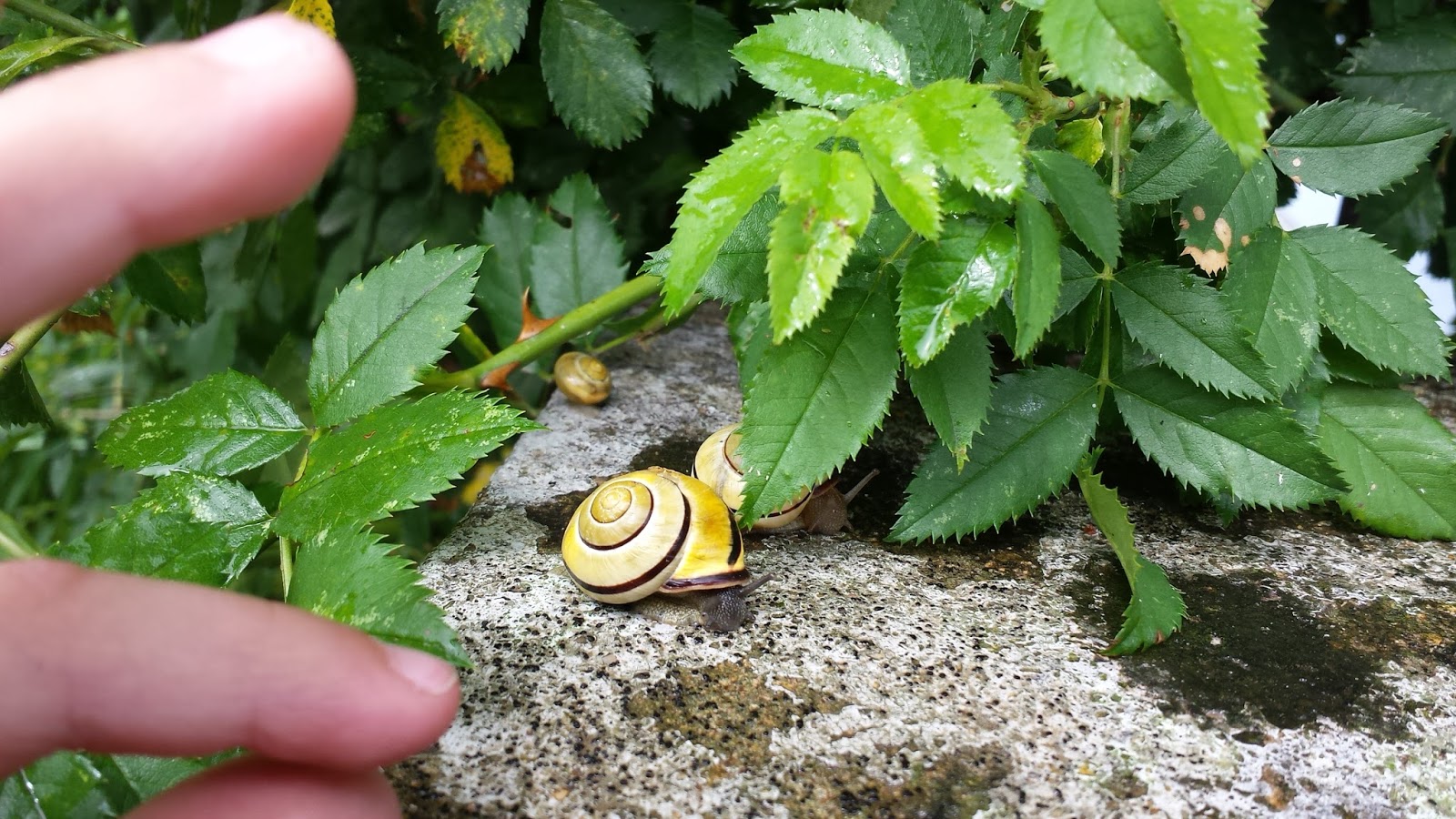 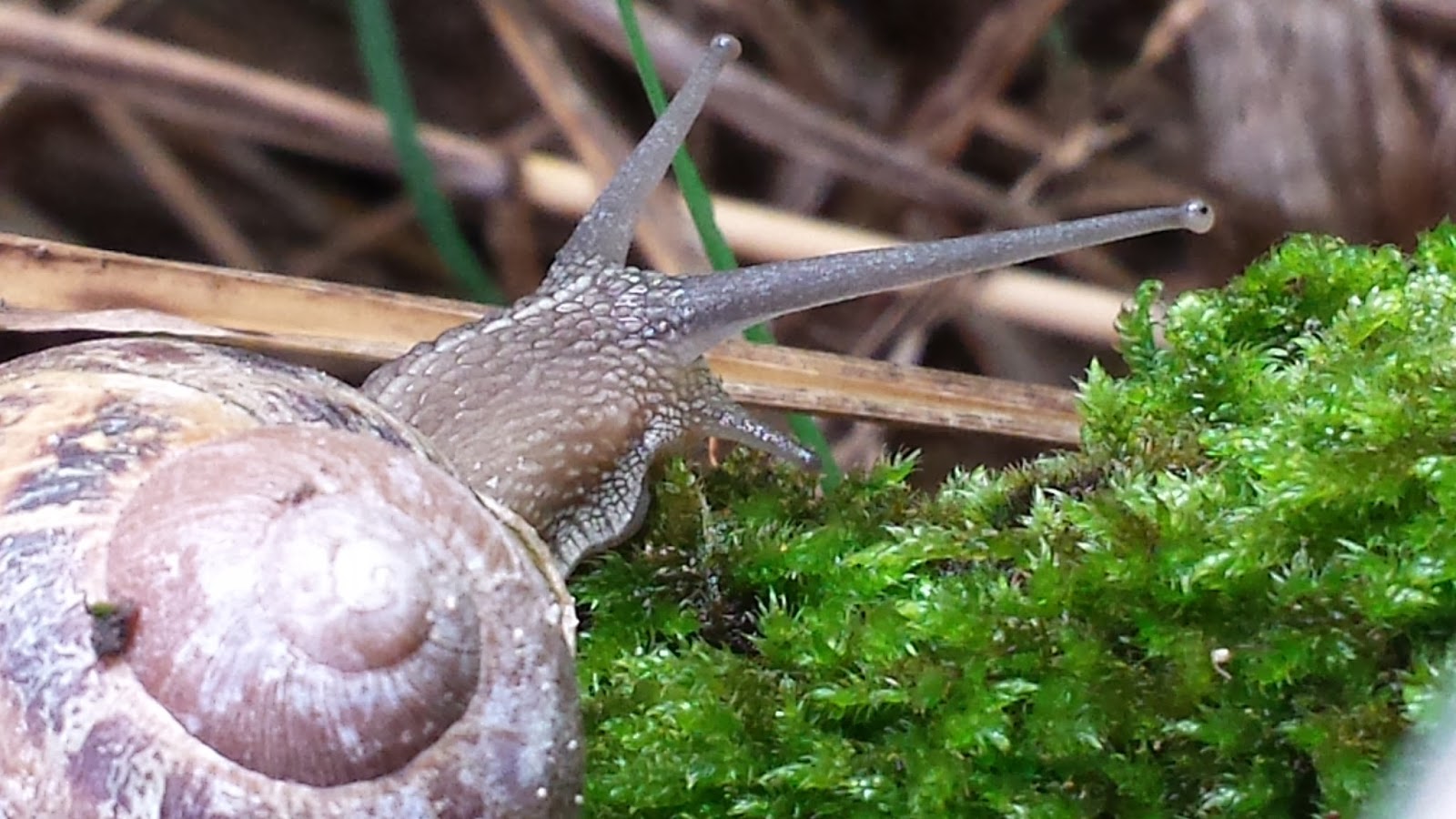 Friday
Number 2 has been making great progress with Lego and enjoys building all sorts of robots. He asked me to take some photos of his latest creation. I really enjoyed seeing his face light up when I praised his work. 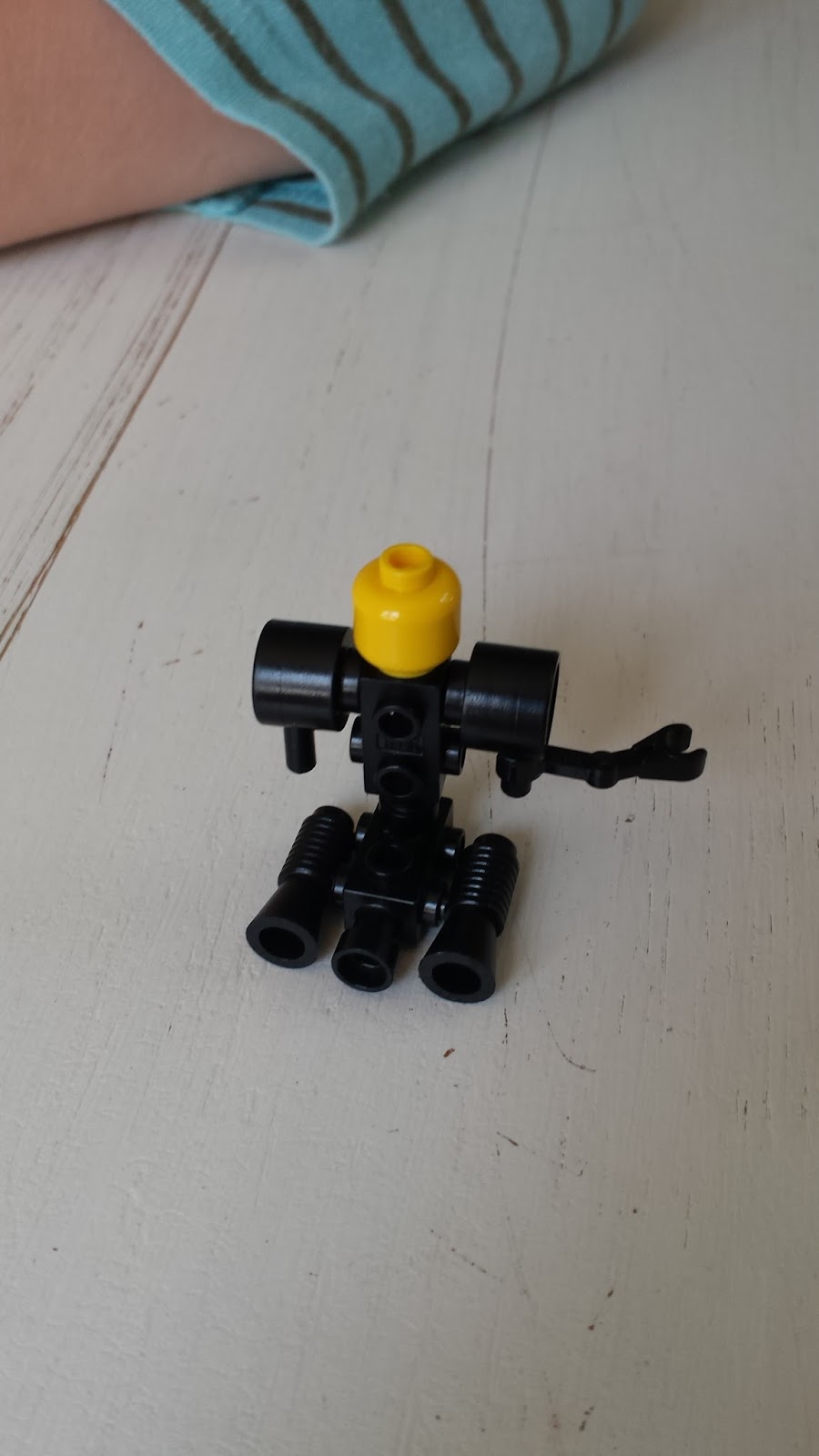 Saturday
I got some cooking done in the early afternoon – tomato and red pepper soup and some aubergine and black olive ratatouille for serving with fried halloumi cheese. That left me time to take the kids out to town and meeet a friend for coffee. The boys got a spin in a rickshaw and I got to catch up with a friend I hadn’t seen in way too long. And when we came home, dinner was already made. 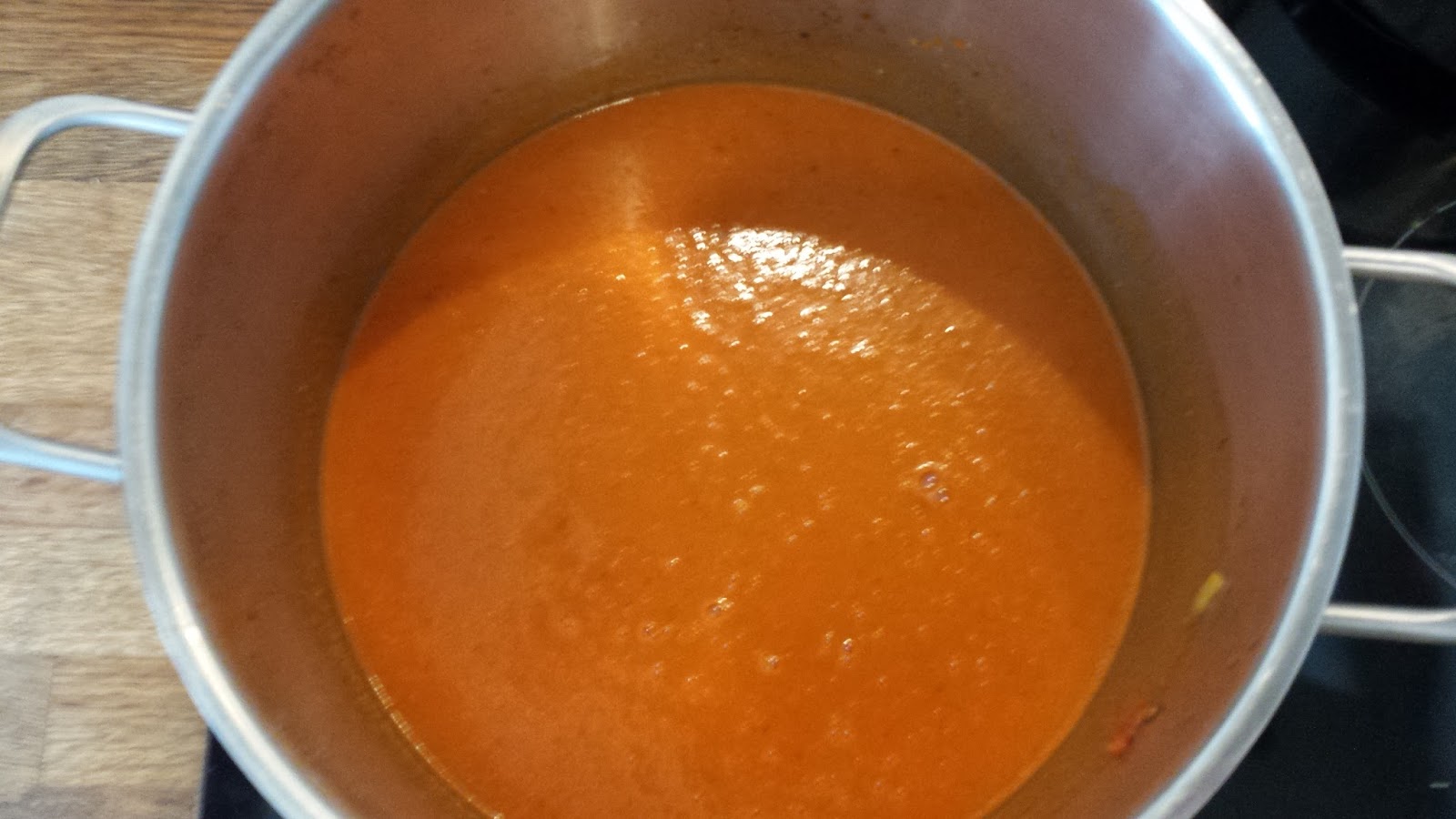 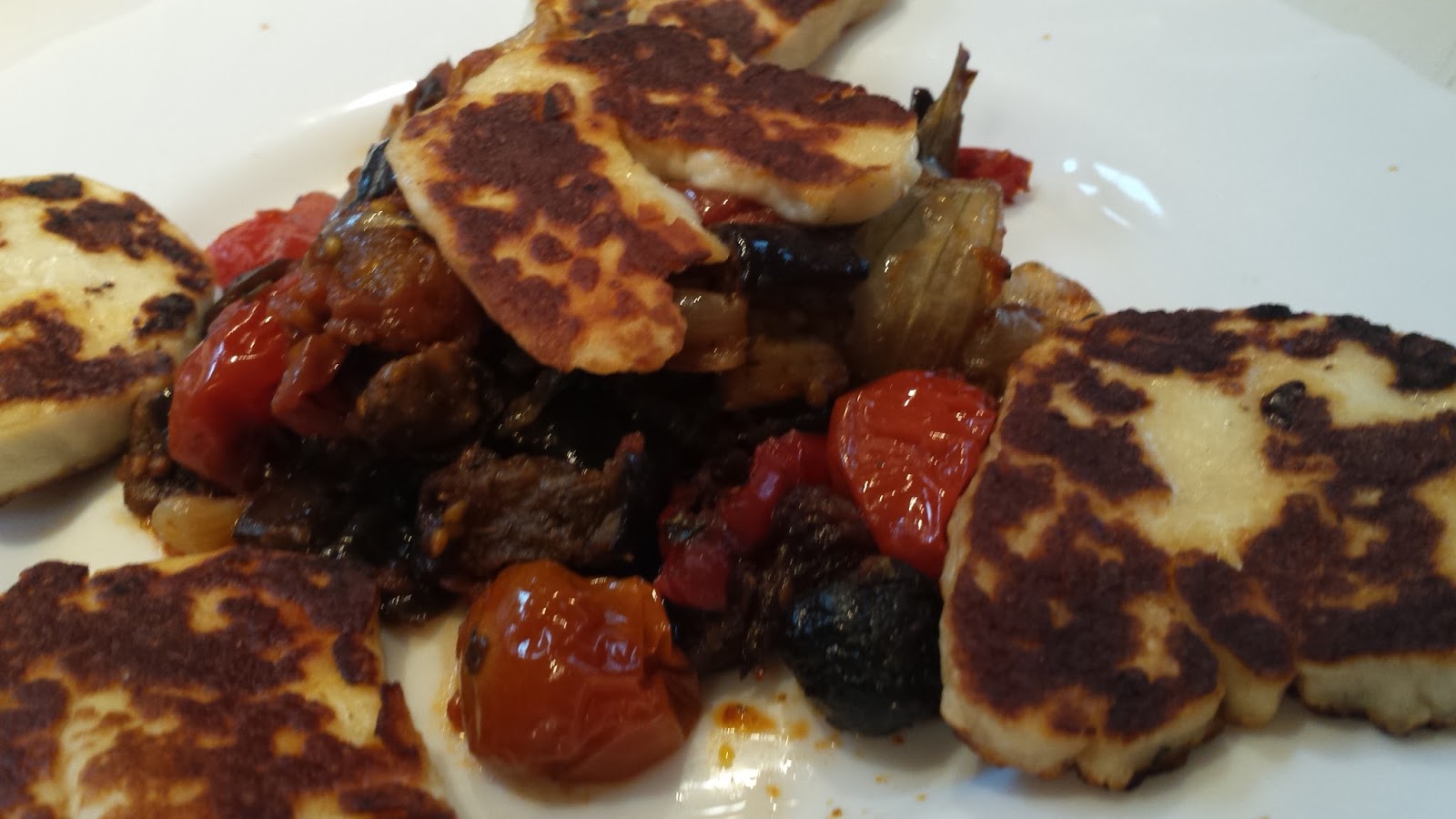